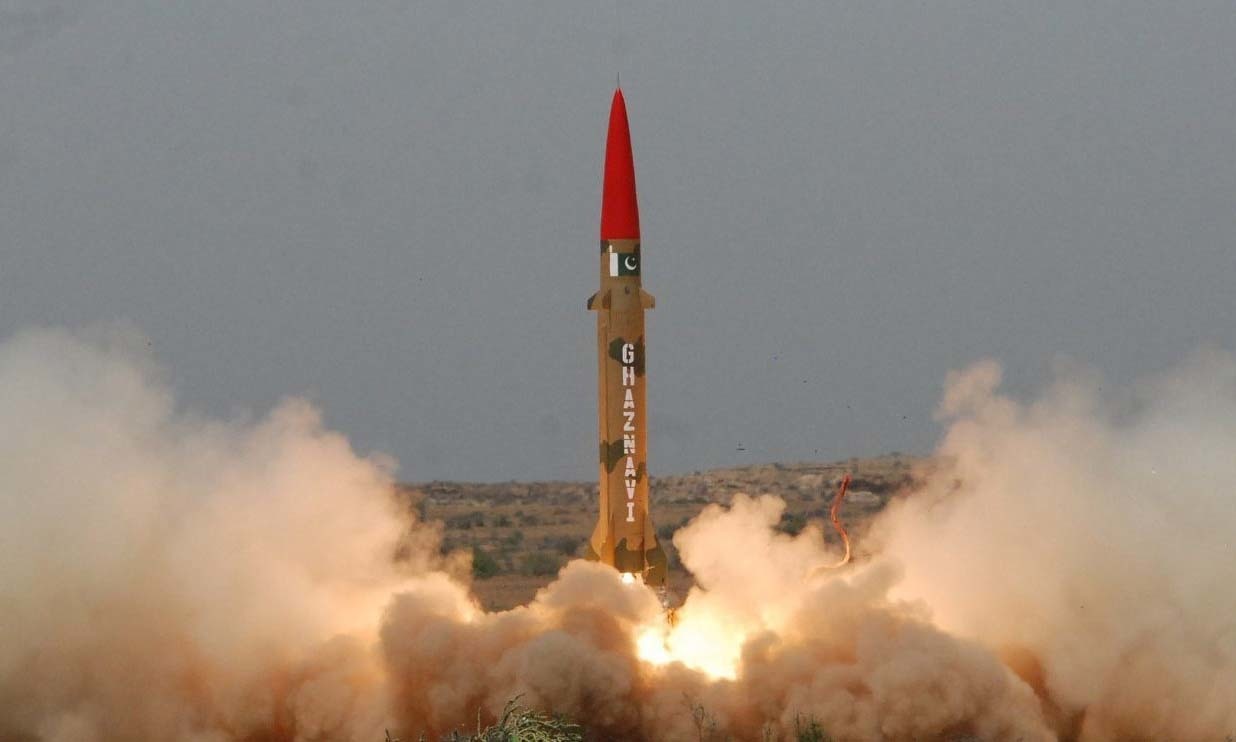 According to the press release, this launch was carried out as part of a training exercise of Army Strategic Forces Command “aimed at rehearsing operational readiness procedures during day and night.”

The president, prime minister, chairman joint chiefs of staff committee and services chiefs have congratulated the nation on this landmark achievement.

As per the military’s media wing, missile Ghaznavi is capable of delivering multiple types of warheads up to a range of 290 kilometers.

In November 2019, Pakistan carried out a successful training launch of ballistic missile Shaheen-I, which was also a surface-to-surface missile.