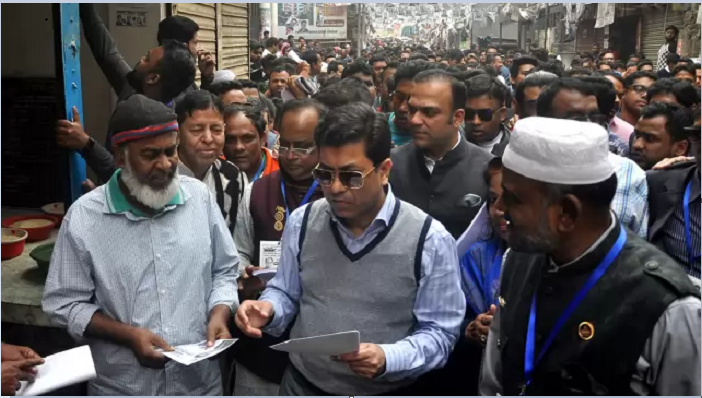 “The candidates of BNP are pursuing various strategies to make the city polls questionable,” he told journalists while conducting electoral campaign in Mugda area of the city.

“If I am elected, the neglected areas under DSCC will be developed further,” he said, adding that time befitting modern civic amenities will also be ensured in the city.

Taposh said: “We will fulfill our pledges as per the election manifesto of the current city polls for the betterment of the townspeople.