Govt mulling a policy to fix fee of doctors: Maleque 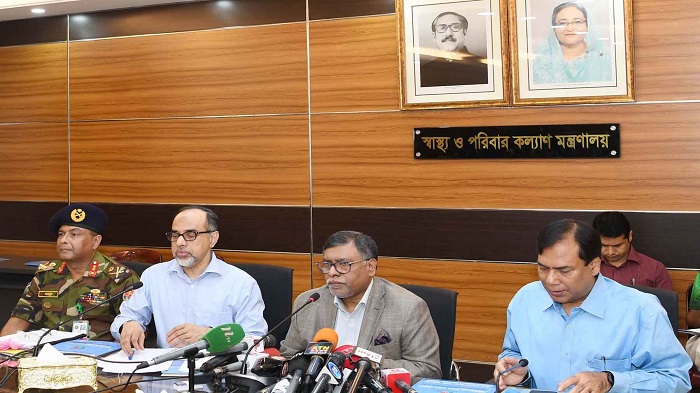 Health and Family Welfare Minister Zahid Maleque today informed the House that the government was considering formulation of a policy to fix the fee of doctors who deal with patients at private hospitals clinics and chambers.

“The present government has planned to fix the visiting fee of patients, which will be acceptable for all, for both general practitioners and specialised physicians based on their qualifications and status,” he told the Jatiya Sangsad while replying a starred question placed by ruling party lawmaker Gloria Jharna Sarkar (Women Seat-30).

“I hope that it would be quite possible to start the implementation works of the policy in the future,” Maleque said.

Responding to another question by Jatiya Party lawmaker Shamim Haider Patwary, the health minister said the government is planning to introduce the universal health database programme at all the hospitals of the country gradually under the health information system and e-health operation plan of the Directorate General of Health Services (DGHS).

He said the universal health database programme is currently operational at Kaliganj Upazila Health Complex, Gazipur, while the government has decided to introduce the programme at 60 more hospitals in the country.