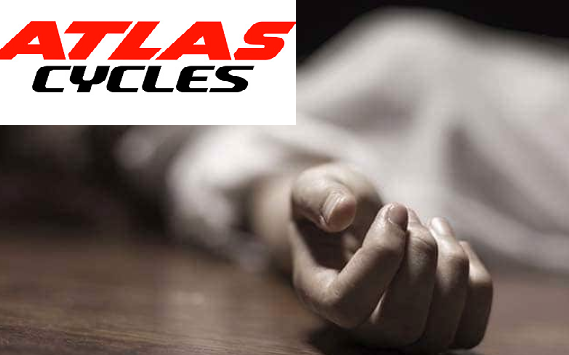 Natasha Kapur, wife of the joint vice-president of Indian leading bicycle company Atlas Cycles, allegedly committed suicide by hanging herself from a ceiling fan at her Aurangzeb Lane residence in Lutyens' Delhi, the police said on Wednesday.

Police said Kapur, 57, in her suicide note, asked her family members to take care of themselves.

A senior police official said they were informed about the suicide on Tuesday at around 3:30 pm.

Her daughter and son were present in the house when she allegedly killed herself, they said, adding that Kapur's husband, Sanjay, was not at home.

Police said Kapur's son Siddhant told them that on Tuesday he called his mother on her mobile phone a couple of times asking her to join him for lunch at the dinning table, but she did not respond. So, he went to check on her and found that the door of her room was closed but not locked from inside.

"When he went and knocked on the door of his mother's room, he got no reply. As the door was not latched from inside, he entered the room and found his mother hanging from a ceiling fan with a dupatta (long scarf).

"He, with the help of servants, untied the dupatta from her neck and tried CPR after shifting the body to the bed," an official said.

Siddhant was the first to spot her body and immediately alerted other family members about the same.

"Kapur was taken to a nearby hospital where she was declared 'brought dead'. An inquest has been initiated to find out the reason behind the suicide," said Eish Singhal, Deputy Commissioner of Police (New Delhi).

A crime and forensic team also visited the residence to collect evidence and verify the handwriting and content of the suicide note, the official said.

The body was handed over to the family after post-mortem on Wednesday and the last rites were conducted at the Lodhi Road crematorium.

The family is yet to come to terms with the sudden death and did not wish to speak to the media, a family acquaintance said, adding that the daughter-son duo are inconsolable since Tuesday.