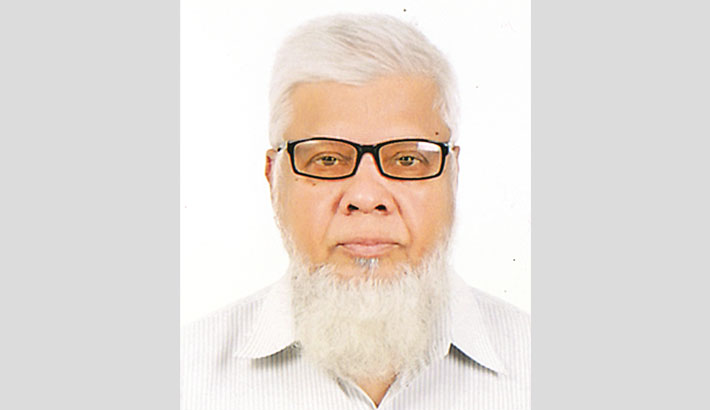 The two per capita GDPs at the threshold of $ 2000 and $ 10,000 represent GDP per capita of Bangladesh and China in 2020, the two countries in Asia with phenomenal growth of GDP and in GDP the per capita. The current population of China is 1.4 billion in comparison to 160 million in Bangladesh. China is expected to cross the $ 15trillion band GDP and Bangladesh is expected to cross the $ 325 billion mark GDP. Both countries are poised on a sound growth path. Bangladesh economy may witness spectacular growth in the years ahead given a stable political environment and timely completion of first-track mega projects that would bring dynamics in the growth process. The growth process in China may be timid in the face of trade conflict with the United States. The world would observe that 3 billion people of the world would cross the $ 10,000 per capita GDP mark as there are already 1.6 billion people with per capita income above the $ 10,000 mark.

Students those who are interested in tracing the development process of both the countries may figure out certain distinct features in this continuous growth trajectories, convergences and divergences in the determinants of growth process to understand the factors those could propel growth at an outstanding rate. GDP per capita of Bangladesh grew by about 40 per cent during the last decades. The smooth historical GDP growth has given the buoyancy to credit the Bangladesh economy in the first top 10 fast-growing economies in the world and in Asia as the topmost country. This tremendous growth signals the robustness of the economy. Bangladesh could maintain smooth growth even in the face of gloom forecast of global growth.

As we bring India with Bangladesh and China and scrutinize the relative performance with the benchmark year 1980, an introspective research could bring many insights on the determinants of growth in this trio. The GDP of Bangladesh, India and China was $ 22 billion [per capita income $ 274], $ 185 billion [per capita income $ 267] and $ 310 billion [Per capita income $ 312] respectively. When this data is compared with the level of GDP of each of these countries in 2020; spectacular growth is observed in China. Both for India and China, you may consider the year 1980 is the year of openness of the economy. India was a relatively closed economy in late eighties and Deng’s reform in China started almost at the same time. The current GDP of India is almost 17 times of the benchmark GDP of $ 185 billion but the current GDP of China is about 50 times. The Bangladesh current GDP is about 15 times. The figures quoted here is in current prices but conversion of the figure in constant prices may not change the figure in a drastic manner. It was openness as well as the change in the economic structure of resources embedded in the transition from the concept of planned economy to market economy [breaking up of the people’s communes] garnered spectacular growth at China though at the cost of increasing inequality.

The economy of Bangladesh needed almost two decades in recuperation, first with the economic philosophy and then with the political incoherence to reach a stage in 1990 where democratic norms accompanied dynamism in growth. The process was even, thanks to the consistency of the pursuance of economic policies by successive political governments. When government embark on economic strategies to develop massive physical infrastructure, it could work as multiplier in the whole growth process. Physical infrastructures are considered as the commanding height of an economy.

It is true that China is not a democratic country; nevertheless the economic strategy pursued by China entrenched in the policy of zero tolerance to corruption helped in circumventing many of the odds in growth physiology of China. The glaring example is in the increased flow of FDI. China crossed the $ 100 billion FDI spot in 2010 and the current level of FDI is over $140 billion. Though China is not a democratic country, but policies pursued in the case of FDI flow is more sensible. China ranked 46th in the ease of doing business in 2019 and the foreign investment law which is effective from January 1, 2020 would be milestone in augmenting foreign investment.