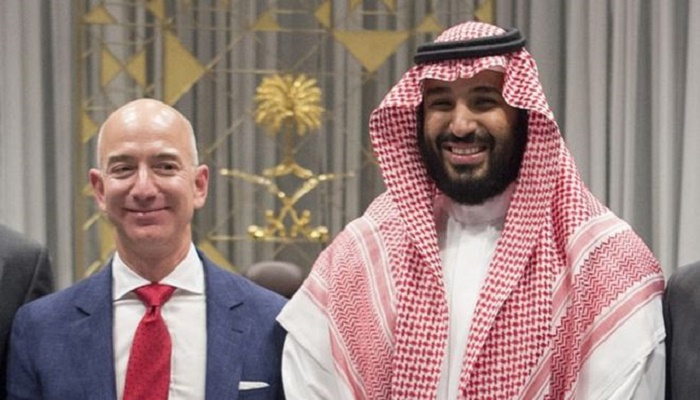 They said Mohammed bin Salman should also be investigated for "continuous, direct and personal efforts to target perceived opponents".

A message from a phone number used by the prince has been implicated in a breach of Mr Bezos's data.

The kingdom's US embassy has denied the "absurd" story.

Relations between Saudi Arabia and Mr Bezos - who also owns the Washington Post - worsened after Jamal Khashoggi, a prominent critic of the Saudi government and one of the newspaper's staff, was murdered in the Saudi consulate in Istanbul in 2018.

Mr Bezos's phone was hacked after he received a WhatsApp message in May 2018 that was sent from the crown prince's personal account, according to the Guardian newspaper, which broke the story.