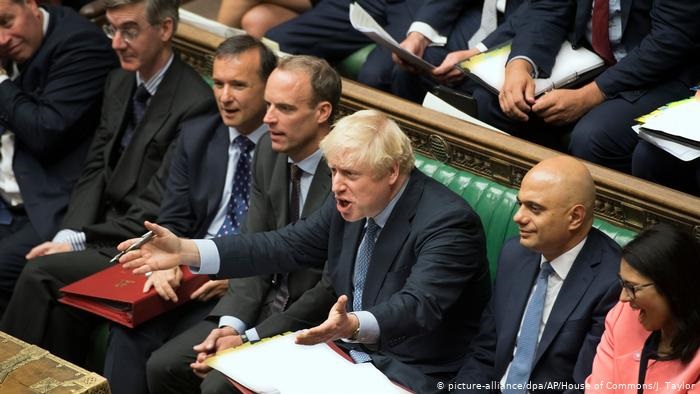 British lawmakers on Wednesday began their final round of voting on a landmark piece of legislation that enables Britain to leave the European Union on January 31.

MPs in the lower House of Commons have already approved the EU Withdrawal Agreement Bill, which ratifies the terms of Brexit, but the unelected upper House of Lords made some changes.

When the bill returned to the Commons on Wednesday, MPs rejected amendments relating to the rights of EU citizens and child refugees among others, and sent it back to the Lords.

If, as expected, peers agree to drop their concerns, Queen Elizabeth II could give her formal assent to the legislation as early as Thursday.

Ratification of the deal will be seen as a huge achievement for Prime Minister Boris Johnson, who took office last year promising to end years of wrangling over Britain's EU membership.

His predecessor, Theresa May, negotiated a Brexit deal with Brussels in 2018 but MPs rejected it three times, and she then resigned.

Johnson agreed changes to the text with Brussels, only to be defeated again by a parliament still unable to agree on how, when and even if they should implement the landmark 2016 referendum vote for Brexit.

Last month's general election changed all that, returning Johnson to office with a large majority of MPs who readily backed the deal.

He has no majority in the Lords, however, and they sought to make several changes.

One was to amend the government's scheme to register around 3.6 million EU citizens living in Britain, to give them physical documents proving their right to stay.

Another would have required the government to negotiate the right of unaccompanied child refugees in the EU to join relatives in Britain.

Downing Street said it was time to finish the long-running process, which has divided the nation.

"The British people have waited for more than three years to get Brexit done. Passing the WAB allows us to do this in an orderly way on January 31," Johnson's spokesman said.

The Brexit deal includes a transition phase until December 31, in which UK-EU ties will remain largely the same while both sides try to agree a new trading and security partnership.

The deal protects the rights of EU citizens, makes arrangements for the British province of Northern Ireland, and settles the UK's EU debts.

The European Parliament is expected to ratify the deal on January 29, paving the way for Britain to finally leave the bloc two days later, after nearly 50 years of European integration.