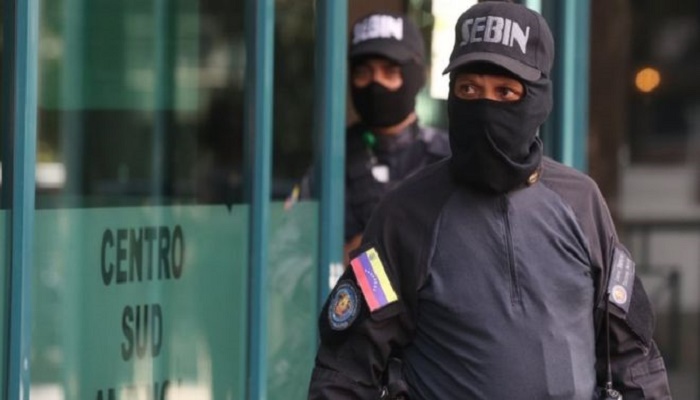 Venezuelan secret service agents Sebin have raided the offices of opposition leader Juan Guaidó while he is on a visit to the UK.

Footage showed hooded and armed officers from the Sebin service outside the building in Caracas.

Mr Guaidó is recognised by more than 50 countries, including the UK and the US, as the legitimate leader of Venezuela.

However, President Nicolás Maduro, who enjoys the support of the Venezuelan military, has managed to remain in power.

Opposition MPs said they had been prevented from entering the offices by Sebin agents.

During his trip to Europe Mr Guaidó is expected to visit the World Economic Forum (WEF) in Davos, Switzerland.

Mr Maduro accuses the US of orchestrating a coup to oust him.

The rivalry between Mr Guaidó and Mr Maduro flared recently when Mr Guaidó stood for re-election as National Assembly Speaker.

Years of turmoil have left Venezuela in the grip of a crippling economic and political crisis.