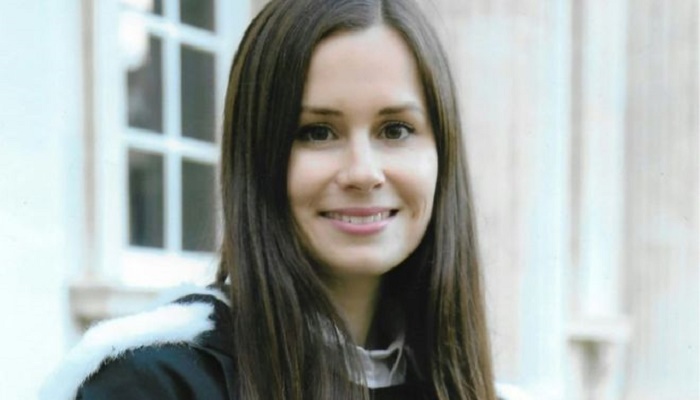 A British-Australian woman jailed in Tehran of Iran has said she rejected an offer from Iran to become a spy.

Kylie Moore-Gilbert, a lecturer at Melbourne University, has been in jail since September 2018, serving 10 years for espionage.

In letters smuggled out of Tehran's Evin prison, she says has "never been a spy" and fears for her mental health.

She says she has been denied visits and phone calls and has been held in an "extremely restrictive detention ward".

Extracts of the letters have been published in the Guardian and Times.

What has Dr Moore-Gilbert said in her letters?

The Guardian says the letters were written by the Middle East expert to Iranian officials and span the period from June to December 2019.

One to her "case manager" indignantly turns down the offer to become a spy for Iran.

What led to her imprisonment?

The Cambridge-educated academic was travelling on an Australian passport and was detained at Tehran airport in 2018 as she tried to leave following a conference.

She was tried in secret last year for espionage and is being held in an isolated IRGC-run wing of Evin, the Guardian says.

It says she has spent months in solitary confinement in a small cell.

Australian Foreign Minister Marise Payne says she has pressed for Dr Moore-Gilbert's release but Iran has not moved.