BNP out to mislead people: Hasan 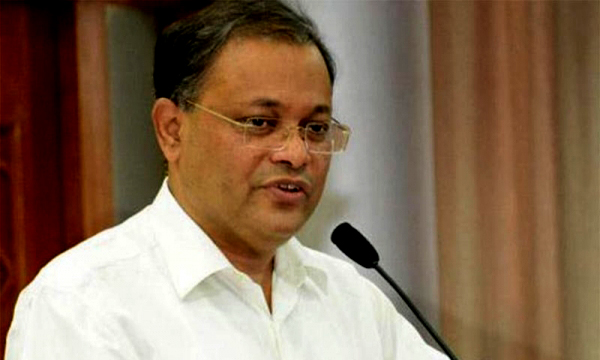 Information Minister Dr Hasan Mahmud on Wednesday said BNP is trying to mislead the people of the country by giving false and fabricated information.

“The countrymen are with Awami League and Prime Minister Sheikh Hasina. But BNP is always trying to mislead the masses,” he said, addressing a civic mourning meeting of former military secretary to the prime minister Major General Miah Muhammad Zainul Abedin on Chunati Meherunessa High School ground in Lohagara upazila.

Hasan criticised the comment of BNP leader Amir Khasru Mahmud Chowdhury on by-election of Chattogram-8 constituency, and said newly elected AL lawmaker Moslem Uddin bagged only 36,000 votes while there are around four lakh voters in the constituency.

“He (Moslem) would have got two lakh or more votes if the election had been rigged. He was elected through a free and fair election. But, BNP is trying to mislead the people by giving false information,” said Hasan, also joint general secretary of AL.

He turned down the allegation of BNP leader Amir Khasru who told that AL activists casted votes on behalf of the expatriates and the dead people in the by-election.

Paying rich tributes to Zainul Abedin, the information minister said he worked for the welfare of people. For this, he received love and affection from the people, he added.

Hasan said a number of development projects, including Bay Terminal and Karnaphuli Tunnel, are going on in full swing in the port city due to the active role of the former military secretary.

He said the premier laid the foundation stone of the Bay Terminal through video conference before the last parliamentary election due to efforts of Zainul Abedin.