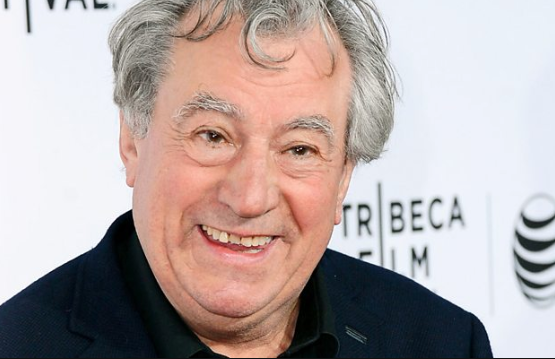 Monty Python star Terry Jones has died at the age of 77, after having suffered from dementia, his agent has said.

A statement from his family said: "We have all lost a kind, funny, warm, creative and truly loving man."

Fellow Python Sir Michael Palin described Jones as "one of the funniest writer-performers of his generation".

John Cleese said: "It feels strange that a man of so many talents and such endless enthusiasm, should have faded so gently away..."

He added: "Of his many achievements, for me the greatest gift he gave us all was his direction of Life of Brian. Perfection."

The Welsh comic actor, writer and director died on Monday, four years after contracting a rare form of dementia known as FTD.

Palin went on: "Terry was one of my closest, most valued friends. He was kind, generous, supportive and passionate about living life to the full.

"He was far more than one of the funniest writer-performers of his generation, he was the complete Renaissance comedian - writer, director, presenter, historian, brilliant children's author, and the warmest, most wonderful company you could wish to have."

David Walliams thanked his comedy hero "for a lifetime of laughter".

Simon Pegg - who acted in Jones' final film as director, 2015's Absolutely Anything - said: "Terry was a sweet, gentle, funny man who was a joy to work with and impossible not to love."

And comedian Eddie Izzard told BBC News: "It's a tragedy - the good go too early. Monty Python changed the face of world comedy. It will live forever. It's a terrible loss."

'A titan of British comedy'

Shane Allen, BBC controller of comedy commissioning, wrote that it was a "sad day to lose an absolute titan of British comedy" and "one of the founding fathers of the most influential and pioneering comedy ensembles of all time".

Jones was born in Colwyn Bay and went on to study at Oxford University, where he met his future Python pal Palin in the Oxford Revue - a student comedy group.

He appeared in the TV series Monty Python's Flying Circus and the comedy collective's films as a range of much-loved characters, including Arthur "Two Sheds" Jackson, Cardinal Biggles of the Spanish Inquisition and Mr Creosote.

He also directed their film The Holy Grail in 1975, with fellow Python Terry Gilliam, and took sole charge of 1979's Life of Brian and The Meaning of Life in 1983.