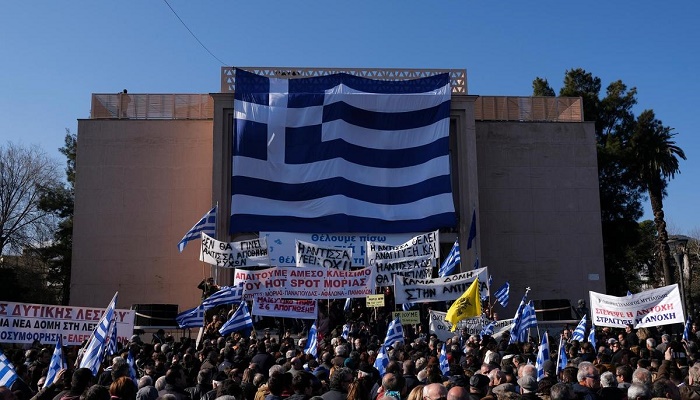 Local residents, business owners and officials have launched a day of protest on the Greek islands hardest hit by migration, demanding that the Greek government ease the severe overcrowding at refugee camps.

Most stores were closed and public services were halted Wednesday on the Greek islands of Lesbos, Chios and Samos, where the camps in some cases have more than 10 times the number of people they were built for.

Public protests are planned on all three islands and their regional governors and mayors plan to travel to Athens on Thursday to present their demands to the government.

Nearly 75,000 people crossed illegally to European Union member Greece from Turkey in 2019, according to the UN refugee agency, an increase of nearly 50% from the previous year.

Island authorities are urging the Greek government to step up migrant transfers to the Greek mainland and are seeking further information on its plans to build additional facilities that would be used to detain migrants listed for deportation.