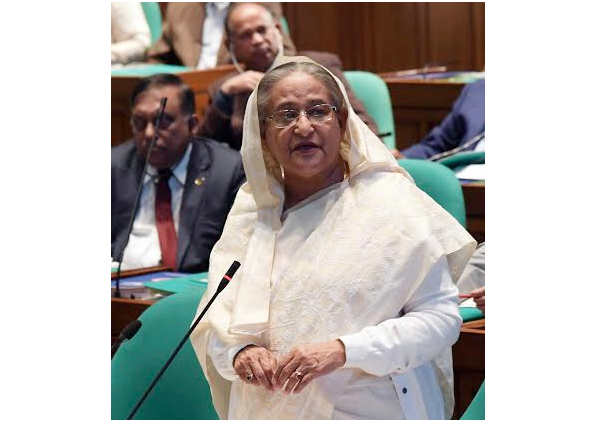 Prime Minister and Leader of the House Sheikh Hasina warned that stern action would be taken if someone is involved in creating artificial crisis of essential commodities in the market.

“Some greedy and profit-mongers often try to grain more profits and destabilise market by creating artificial crisis of essential commodities. Our government is very aware of this,” she told the Jatiya Sangsad while replying to a starred question from treasury bench member Mohammad Ebadul Karim (Brahmanbaria- 5).

The prime minister said if the government could identify the people involved in creating artificial crisis of essential commodities in the market, stern action would be taken against them.

Besides, she said, the drives of mobile courts are being carried out regularly to check price of essentials, while district administrations in coordination with traders’ associations are monitoring markets.

On the occasion of the holy Ramadan, she said, the government has decided to import onion through big importers. “The TCB will sell these commodities across the country through truck sale,” she added.

Sheikh Hasina informed the House that the Commerce Ministry is regularly monitoring international market scenario of essential goods and local demand, production, storage and import of these commodities.

“We have achieved sufficiency in key food grain – rice – production. We are always sincere and aware of these goods which are imported so that no crisis is created in the market,” she said.