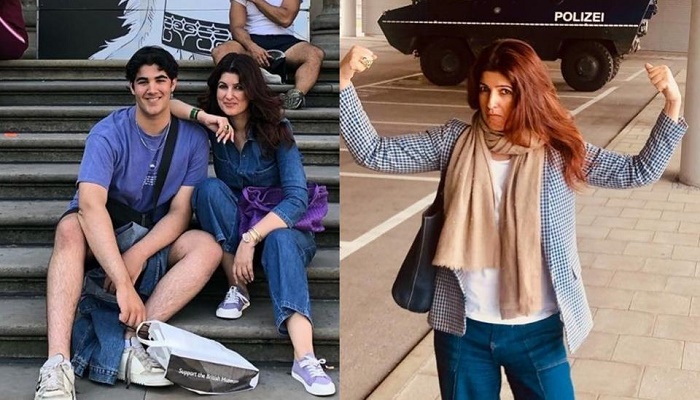 The actor shared a picture of herself on Instagram as her reaction to the development, reports Hndustan Times.

The picture shows her flexing her muscles while posing in front of a police vehicle. It seems to have been clicked during one of their overseas holidays. She captioned it, “Considering my son has saved my number as ‘Police’ on his phone I suppose this is rather apt :).”

Her fans also reacted in the same vein. A fan advised her, “Tell him to save it as supreme court and dad’s no as high court.”

Husband Akshay Kumar recently wished Twinkle on their 19th wedding anniversary by sharing a picture of him dressed as Pakshi Rajan from his film 2.0 and preying on Twinkle.

Earliar, she shared a glimpse of onion earrings gifted to her by Akshay. She called them “priceless gifts” as she wore them for the camera. Akshay found those earrings on the sets of The Kapil Sharma Show, where he was promoting his film Good Newwz.