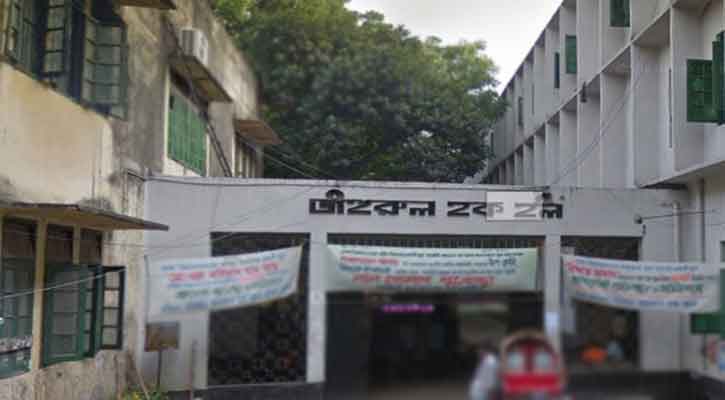 Four students of Dhaka University took admission to Dhaka Medical College and Hospital (DMCH) after they were allegedly being tortured by Bangladesh Chhatra League men of Jahurul Haque Hall unit of the university on Tuesday night.

The BCL leaders allegedly beat up the students indiscriminately with iron rods, bamboo sticks and stumps suspecting them activists of Islami Chhatra Shibir.

A BCL man, seeking anonymity, who witnessed the incident, said a group of BCL men took the four students to guest room of Zahurul Haq Hall suspecting them to be Shibir activists and beat them up with sticks, stumps and iron rods.

The BCL men first called Mukim to the hall guest room around 11:30pm Tuesday. They put pressure on Mukim to admit that he is a Shibir activist. As he refused, the BCL men beat him with iron rods and sticks, he said.

After seeking the chat list on Mukim’s phone, they called three others -- Sarwar, Minhaz, and Afsar -- to the guest room and tortured them the same way.

When contacted, Hall Provost Delwar Hossain said that a proctorial body of the university and the hall administration handed over the four students to Shabagh Police Station around 2:00am today.

Police later admitted them to Dhaka Medical College and Hospital.

When asked about the incident, Jahurul Haque Hall unit BCL president Sohanur Rahman said he was not present during the incident and did not know anything about this matter.

Earlier on October 7, Abrar, a 2nd year student of Electrical and Electric Engineering at Bangladesh University of Engineering and Technology, was brutally tortured by BCL men at university’s Sher-e-Bangla Hall for hours before he died.