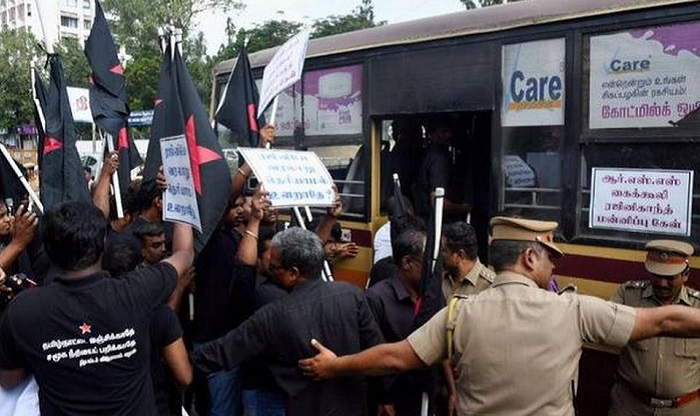 Security cover has been increased at the residence of actor Rajinikanth in Poes Garden, following threats by Periyarist organisations over his recent speech on the anti-superstition rally organised by Dravidar Kazhagam founder Periyar E.V. Ramasamy in 1971.

Police personnel from the Armed Police and city police are on round-the-clock duty, in addition to regular patrol teams and plain-clothes men. All precautionary arrangements are in place to prevent any untoward incident, police sources said.

At the Thughlak magazine’s 50th anniversary event on January 14, Rajnikanth had said that Periyar had held an anti-superstition rally in which obscene pictures of Ram and Sita were paraded, and garlanded with slippers. Despite strong condemnation from Periyarist organisations, the actor stood by his remarks.

Meanwhile, on Wednesday, activists of Dravidar Viduthalai Kazhagam staged a demonstration against the actor at Cathedral Road, a short distance from his residence. They shouted slogans against him and asked him to admit that he had been factually wrong.

R. Umapathi, president south Chennai District unit led the protest. They protesters were detained by police at a hall.