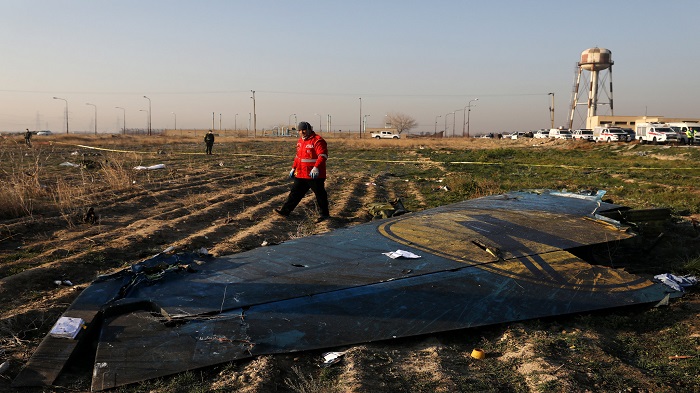 Iran acknowledged on Tuesday that its forces had fired two surface-to-air missiles at a Ukrainian passenger plane that crashed this month near Tehran, confirming for the first time that more than one missile was launched at the jet.

The Iranian authorities also asked officials in the United States and France to send the equipment needed to decode the jet’s flight data recorders, or “black boxes,” a request certain to frustrate countries that have called for greater international involvement in investigating the disaster, which killed all 176 onboard.

The downing of Ukraine International Airlines Flight 752 on Jan. 8 came amid heightened tensions between Iran and the United States that included tit-for-tat military strikes, and after the killing of the top Iranian security commander, Maj. General Qassim Suleimani, in a United States drone strike at the Baghdad airport.

The plane was shot down the same day Iran fired missiles at two military bases in Iraq that house United States troops, in retaliation for the killing of General Suleimani. After days of denials, Iranian officials acknowledged that the downing was the result of “human error,” prompting angry protests across Iran.

A preliminary report from Iran’s Civil Aviation Organization, released on Tuesday, corroborated a video verified by The New York Times last week that showed two missiles, fired from a military site, exploding near the plane.

Iranian investigators had established that two Tor-M1 missiles had been fired at the plane, the statement said, adding that the investigation was looking into their effect on the crash.

The crash’s victims included 82 Iranians, 57 Canadians and 11 Ukrainians, heightening calls for an international investigation. But many have accused Iran of dragging its feet, a complaint likely to be bolstered by the suggestion on Tuesday that the plane’s black boxes would be analyzed in Iran instead of being sent abroad.

The Iranian aviation organzation said it had asked United States and French aviation authorities to provide the equipment needed to decode the data recorders on the Boeing 737 because it did not have the necessary technology.

“If the appropriate supplies and equipment are provided, the information can be taken out and reconstructed in a short period of time,” the agency said in its report. “Until now, these countries have not given a positive response to sending the equipment.”

That appeared to contradict a statement by Hassan Rezaifar, a head investigator for the same organization, who on Saturday said the jet’s data recorders would be sent to Ukraine at the request of the country’s authorities.

It also appeared odd that Tehran would request help from the United States, a longtime adversary whose president has embarked on a campaign of “maximum pressure” against Iran, including stepping up sanctions that have prevented Iran from importing sensitive technologies.

Ukrainian officials have repeatedly called for Iran to hand over the recorders and accused it of violating protocols for accident sites by bulldozing debris from the crash before the investigation was complete.

Canada, too, has criticized Iran’s level of cooperation, and Prime Minister Justin Trudeau has said Iran should give the recorders to France for analysis.

There was no immediate comment from officials in the United States, Canada or Ukraine about Iran’s equipment request.