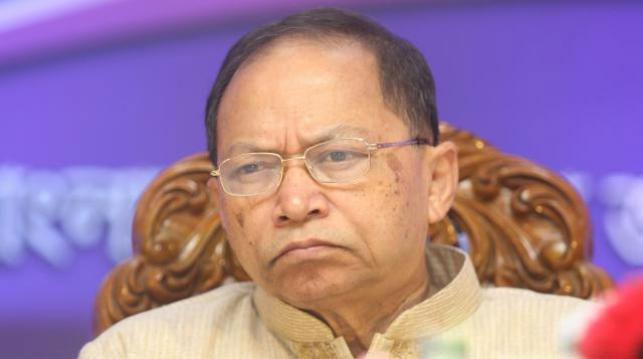 A Dhaka court has directed the authorities concerned to publish advertisement in two national dailies asking former chief justice Surendra Kumar Sinha and 10 others to appear before it on February 20 in connection with a corruption case.

After getting reports on execution of arrest warrant, Judge KM Emrul Kayesh of the Senior Special Judge’s Court of Dhaka came up with the order on Wednesday.

Earlier on January 5, the same court issued arrest warrants against all the accused as they have been shown “fugitives” in the charge-sheets.

Prior to that, ACC Director SyedIqbal Hossain filed the case against them with the anti-graft watchdog’s Integrated District Office 1 on July 10, 2019.

According to case details, Chief Justice Sinha and 10 others were accused of embezzling Tk4 crore from Farmers Bank, which has since been rebranded as Padma Bank Ltd.