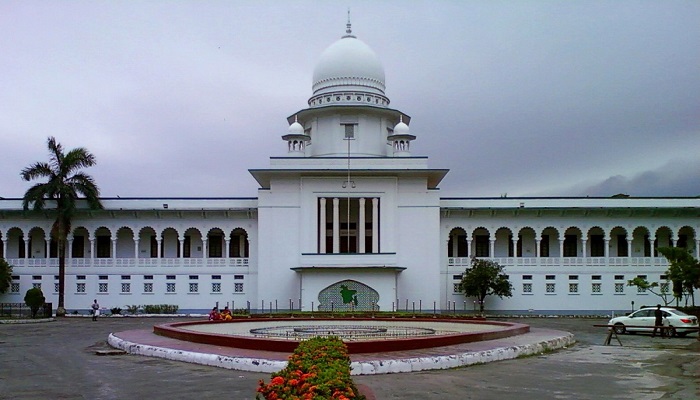 The bench of Justice M Enayetur Rahim and Justice Md Mostafizur Rahman issued the suo moto order with a rule after two lawyers drew the court’s attention in this regard and sought necessary steps.

In its rule, the court sought explanations on why it should not order stopping printing and exhibiting laminated posters during elections.

Advocate Manoj Kumar Bhoumik and Sulaiman Hawladar drew the court’s attention to a report run by a daily on Wednesday.

The report noted how the mayor and councillor candidates were promising clean and green Dhaka but were flooding the electoral areas with posters covered in polythene.

“Until the rule is resolved, the court has ordered ceasing the production and exhibition of laminated posters all over the country, particularly in Dhaka city corporation areas,” Manoj told reporters.

The court also ordered to immediately remove all posters after the Dhaka city polls scheduled for February 1 and dispose of them properly.