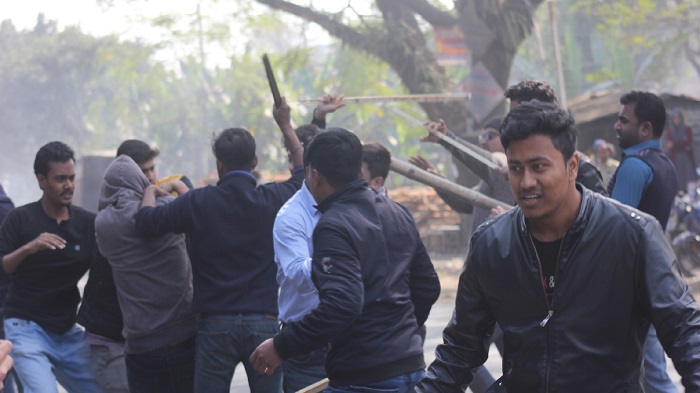 The authorities of Islamic University (IU) formed a three-member committee to look into the clash between two groups of Bangladesh Chhatra League (BCL) on the campus in Kushtia.

A press release, signed by IU acting Registrar SM Abdul Latif, was issued in this regard on Wednesday.

The VC told UNB that they will take legal action against the accused after receiving the probe report.

At least 20 people, including IU BCL unit General Secretary Rakibul Islam Rakib, were injured as two factions of BCL clashed on the IU campus on Tuesday.