PM to launch e-passport on Wednesday 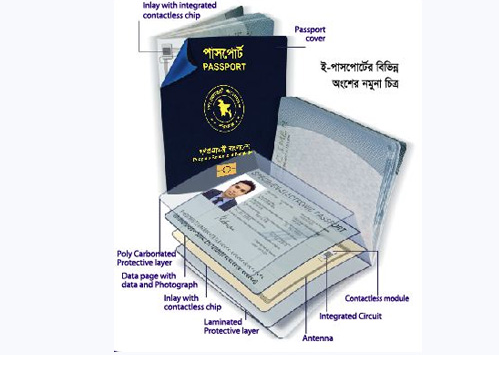 The validity of e-passport will be five to ten years.

Besides, separate fees have been fixed in Bangladesh missions abroad for general applicants, workers and students.

According to the International Civil Aviation Organization (ICAO), there are more than 100 states and non-state entities (i.e. United Nations) currently issuing e-Passports, and over 490 million e-Passports are in circulation.

The e-passports add a layer of security to traditional non-electronic passports by embedding an electronic chip in the passport booklet that stores the biographical information visible on page 2 of the passport, as well as a digital security feature.

According to the project details, the project “Introduction of Bangladesh e-Passport and Automated Border Control Management” is being implemented at a cost of Taka 4,569 crore.

With issuing the e-Passport the whole process of the immigration formalities will be completed through online.

The Department of Immigration and Passports (DIP) and Germany Veridos signed an agreement on July 19 in 2018 for electronic passports alongside machine-readable ones.