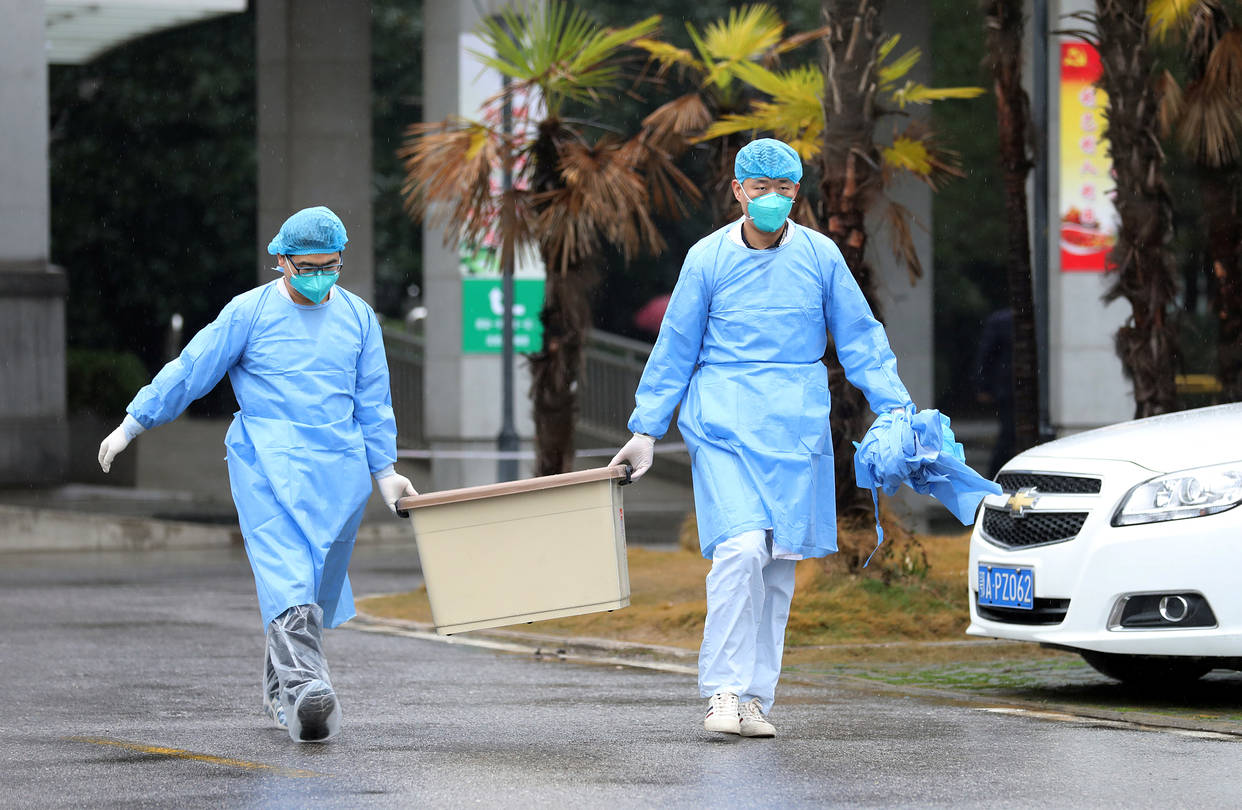 London's benchmark FTSE 100 index was down 0.7 percent in afternoon training, after Hong Kong had slumped 2.8 percent by the close and Shanghai ended with a loss of 1.4 percent.

Moody's has lowered its credit rating on Hong Kong, that has likely fallen into recession owing to the unrest as well as the China-US trade war.

Meanwhile, nervousness on trading floors saw investors also shift out of higher-yielding, riskier currencies with the dollar up against the South Korean won, the Australian dollar and the Indonesian rupiah, among others.

But the greenback retreated against the haven currency yen, while gold, another go-to asset in times of uncertainty, gained.

The pound climbed against the dollar and euro as official data showed British unemployment is unchanged at 3.8 percent, reducing the likelihood of the Bank of England cutting rates next week according to analysts.

In stocks trading, "the FTSE 100 was lower... taking its cue from selling in Asia amid growing concern about the coronavirus in China", said AJ Bell investment director Russ Mould.

"The markets will be watching nervously amid reports the deadly virus has spread to neighbouring countries, with all the potential economic disruption that could cause."

The number of people in China infected by a new SARS-like virus jumped to 291 on Tuesday, according to authorities.

There have been nearly 80 new confirmed cases of the virus that has so far killed six people, with more than 900 still under medical observation, said the National Health Commission.

The new coronavirus strain has caused alarm because of its connection to Severe Acute Respiratory Syndrome (SARS), which killed nearly 650 people across mainland China and Hong Kong in 2002-2003.

"The cost to the global economy can be quite staggering in negative GDP terms if this outbreak reaches epidemic proportions," he said in a client note.

Innes added that should "things turn critical it could provide a massive blow to the airline industry and a knockout punch to local tourism".

But in London, shares in EasyJet jumped around five percent after the British no-frills airline said it expected to reduce losses in its first half after revenues grew following the collapse of tourism group Thomas Cook in late 2019.

"Low levels of competitor capacity have been a boon, while the unfortunate demise of Thomas Cook has also provided opportunities," said Richard Hunter, head of markets at Interactive Investor,