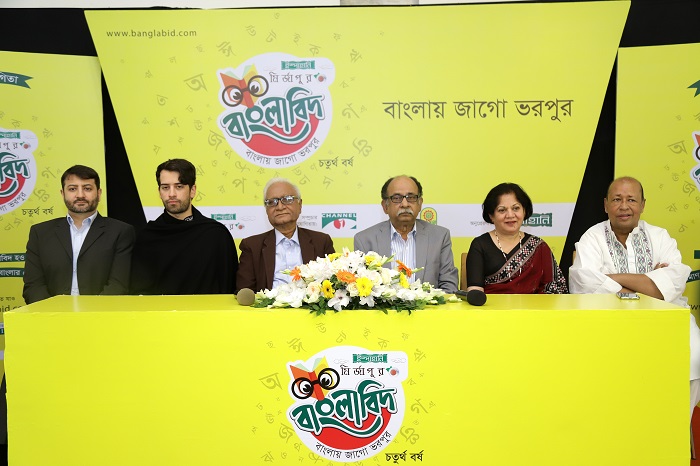 Country's largest TV reality show ‘Ispahani Mirzapore Banglabid’ has begun for the fourth time with the promise of spreading Bengali language to a wider scale. Every year this competition is organized by Ispahani Mirzapore, the country's most popular tea brand, to spread the practice of proper use of Bengali language to the new generation with the slogan ‘Banglay Jago Bhorpur’. This year it is going to be organized in a larger scale.

Ispahani Mirzapore organizes this competition to promote the practice and use of correct Bengali language, spelling and its grammar to the new generation of this country. Already, it has been widely praised among Bengali language speakers in and outside of the country. 'Ispahani Mirzapore Banglabid' is being aired from 2017 on the country's popular TV channel, Channel-i. After proving the competency in Bengali language, spelling, correct pronunciation and exact use of Bengali grammar, winners will be selected.

The main objective of this competition is to find out the best blend of personas who are skilled in Bengali language, spelling and uses of other strata of Bengali grammar. Participants will have to go through several different selection process and only those with deep interest in becoming modern day language-fighters are encouraged to register. The first three winners will get 10 lac, 3 lac and 2 lac taka each respectively. Also, the first 10 winners will receive a laptop along with Bengali books and a bookshelf worth of 50,000 taka each to create his/her own library.

Initially, students of classes 6 to 10 from eight divisions and Cumilla will take part in the competition. After primary selection, selected participants will be brought to Dhaka for the studio round and they will compete against each other on the rounds to prove their competency over Bengali language. Later, this contest will be telecasted on Channel-i.

Final winners will be selected after 20 different episodes of exciting competitions. An experienced judges’ panel consisting the esteemed representatives of Professor of Bengali Department of University of Dhaka and language experts will be actively involved in the selection process. ‘Ispahani Mirzapore Banglabid’ is honored to have renowned Professor Dr. Soumitra Shekhar, Bengali Department, University of Dhaka and media personality Tropa Majumder as judges of the program. Registration for the contest has started on 21st January, 2020 and will continue till 21st February, 2020.