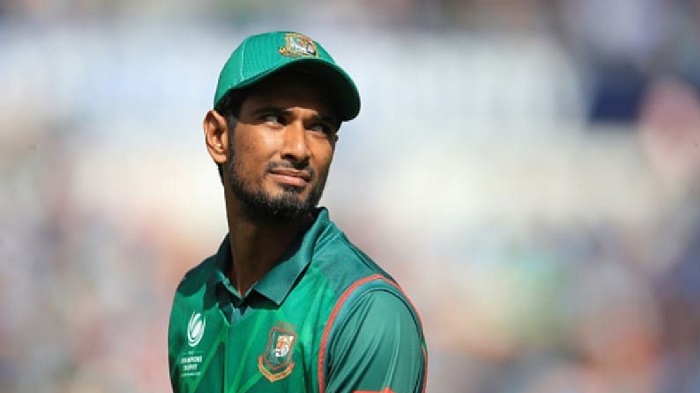 Bangladesh T20 captain Mahmudullah Riyad has said they are aiming to clinch the three-match T20 series against Pakistan starting on January 24 in Lahore.

The Tigers will fly for Lahore directly from Hazrat Shahjalal International Airport through a chartered flight of Biman Bangladesh Airlines at 8pm on Wednesday.

All the three matches of the series will be played at the Gaddafi Stadium in Lahore on January 24, 25 and 27.

Pakistan are currently at the top of the ICC T20 team rankings while Bangladesh at number nine. Mahmudullah believes this difference is nothing if they can deliver their usual performance in the field.

“Pakistan have been playing well in the T20 format and doing well. But we’ve also displayed good performance in some notable matches. I’m hopeful of playing some enjoyable games in the series. If we can play our best cricket, we can win the series,” Mahmudullah told the media at Sher-e-Bangla National Cricket Stadium on Tuesday.

The Bangladesh team are currently conducting a four-day practice camp in Mirpur and all the team members are gearing up for the series.

“We’re preparing well. We have some young talented players who proved themselves in the age-level cricket as well as the domestic level. The batsmen did well in the just-concluded Bangabandhu BPL, bowlers bagged wickets. Overall, I’m upbeat with this team. I believe that we have the ability to win the series in Pakistan,” Mahmudullah further said.

The series was under a cloud for a long time due to the concern about the security situation in Pakistan. No team have toured the country to play Test cricket after the infamous terror attack on the touring Sri Lankan cricket team in 2009 until Sri Lanka ended that drought in 2019.

The Tigers will be protected by a tight security arrangement during their stay. Pakistani media reported that a sum of 10,000 cops will be deployed to ensure security for the Bangladesh team which is likely to create an odd situation for the Tigers to play cricket.

But, captain Mahmudullah ruled out that thought.

“I don’t think this way. No one of the members of Bangladesh is thinking this way. The decision has already been taken, and we’re ready to play cricket in Pakistan. We’re focusing only on our game and planning how we can win the series,” he said.

Bangladesh will miss the service of Mushfiqur Rahim in this series. The wicket-keeper-batsman withdrew from the series citing security concern from the family.

Mahmudullah said they will miss the service of Mushfiqur, but he hopes that young players will try their best to fill up the vacant place of Mushfiqur.

In the absence of Shakib Al Hasan, who has been banned for two years by ICC, and Mushfiqur, the onus will be on Mahmudullah and Tamim Iqbal to lead the team from the front.

“The responsibilities will be on Tamim and me. Tamim has played well in BPL. He has the vast experiences of playing international cricket. He’ll be our key player in the order. I’ll also try to bat as much as I can and finish the innings. At the same time, the younger players will have their responsibilities. They’re eager to do well and prove their worth,” Mahmudullah added.