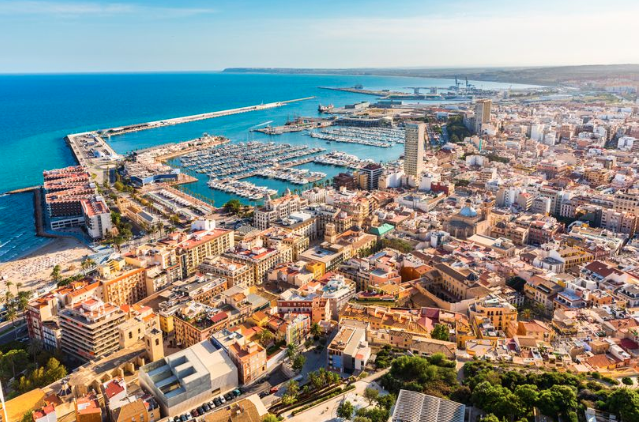 The Foreign Office has issued an 'extreme risk' warning for tourists travelling to Spain.

The Balearics, Almeria, Granada and Jaen are also on high alert for high wind, snowfall and intense rainfall which could cause severe disruption to transport and even danger to life.

Now, tourists are being advised to check the Spanish Civil Protection Unit for precautionary advice ahead of their visit.

The Foreign Office warning adds: "If you’re in the area you should exercise caution and follow the advice of the local authorities."

"Similarly, damage caused by flash flooding earlier in 2019 continues to affect some areas in the south of the Alicante and Murcia regions, causing some disruption to local transport and secondary road closures."

In a warning the meteorological office said: "The combination of Storm Gloria's position and the powerful European anticyclone, centered on the British Islands, favors the entry of a mass of cold air from the interior of the continent.

"Together with the humid entrance of the Mediterranean, this is causing snowfall at very low levels of the third Eastern peninsular.

"The situation is accompanied by intense, persistent and locally strong rainfall in the same areas, with accumulations throughout the episode that could promptly reach 150mm."

"Copious snowfall is expected today from about 300/500 meters in the third Eastern peninsular, being able to accumulate more than 20-40 cm in areas."