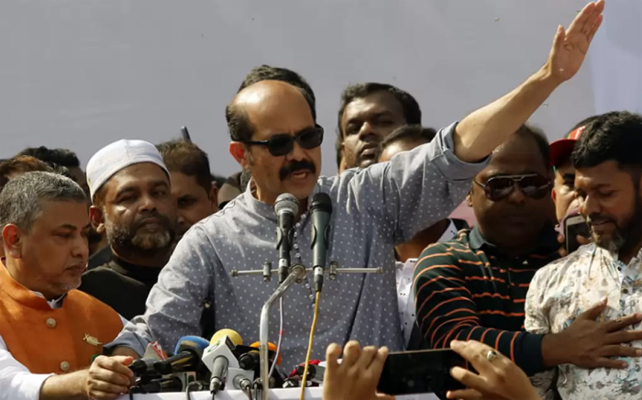 Atiqul Islam, Awami League nominated mayoral candidate for the Dhaka North City Corporation (DNCC) election, on Tuesday said the attack on his main competitor Tabith Awal might be their ‘own creation’.

Atiqul Islam came up with this speculation while addressing an election rally held at Beraid Muslim High School in ward No. 42 of Dhaka North City Corporation.

BNP mayoral candidate Tabith Awal allegedly came under an attack on Tuesday morning while he was carrying out election campaign for the upcoming DNCC polls in Gabtoli area in the capital.

Tabith Awal among 10 to 12 activists and supporters of BNP reportedly injured in the attack.

“I do not hear about any attack yet. They might lock into clash among themselves. We have been talking about development, we want development,” said Atiqul Islam.

He assured residents of Beraid area that there will be no mud-road in the locality. Roads in Beraid will be more beautiful than Gulshan, Baridhara or Banani. The waterbodies of the area will be recovered and beautified as like as Hatirjheel.

He also mentioned that the projects worth Tk 42 billion are waiting for the approval of the Prime Minister for the development of the new areas.