Scotland choose to bat first against Bangladesh in U19 WC 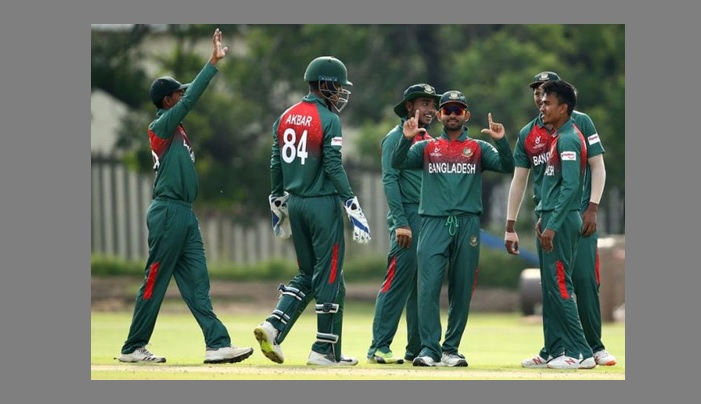 Scotland Under-19 team have won the toss and elected to bat first against Bangladesh at the group C match of the ICC Under-19 World Cup at the Potchefstroom in South Africa on Tuesday.

The young Tigers began their campaign in perfect fashion, having crushed Zimbabwe by nine wickets through D/L method in a rain-curtailed match.

Another victory would help them take a giant stride towards the Super League Quarterfinal.

While Bangladesh registered their first win in the first match, Scotland tasted a seven-wicket defeat against Pakistan.

Bangladesh’s victory came at ease against Zimbabwe. Bangladesh will take on Pakistan in their last Group C game on January 24 at Senwes Park, Potchefstroom.

A total of 16 teams are playing in the U-19 World Cup splitting to four groups. Top two teams of each group will qualify to Super League quarterfinals while the bottom two teams will have to play in Plate quarter-finals.