BNP wants re-election to Ctg-8, not to use EVMs in Dhaka city polls 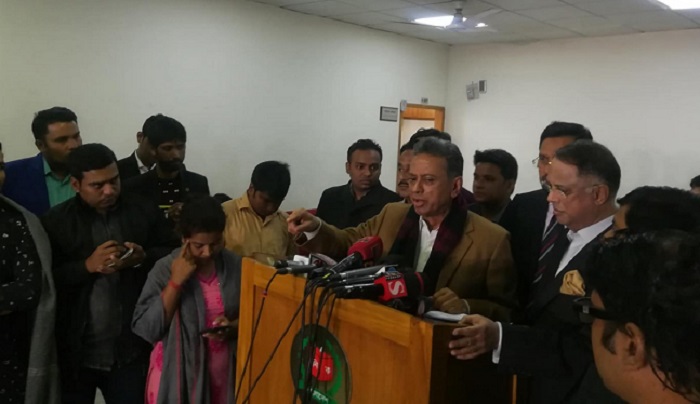 The Bangladesh Nationalist Party (BNP) on Tuesday urged the Chief Election Commissioner (CEC) to cancel the result of the Chattogram-8 by-polls held on January 13.

In a letter, submitted to CEC KM Nurul Huda, the BNP made this call and also demanded re-election to this constituency.

BNP Standing Committee Member Amir Khasru Mahmud Chowdhury brought allegation of vote rigging by using Electronic Voting Machines (EVM) in the election while he was talking to reporters after submitting the letter,

“The voting in Chattogram-8 by-election was not held fairly due to the use of EVM,” Amir Khasru Mahmud Chowdhury said.

“Votes in the name of dead people and expatriates were cast through EVMs,” Amir Khasru claimed.

The BNP leader also submitted another letter signed by BNP Secretary General Mirza Fakhrul Islam Alamgir to the CEC, urging him not to use EVMs in the upcoming Dhaka north and south city corporation elections.

The constituency fell vacant following the death of Moin Uddin Khan Badal, executive president of a faction of Jatiya Samajtantrik Dal (JSD), who died at a hospital in India on November 7 last year.