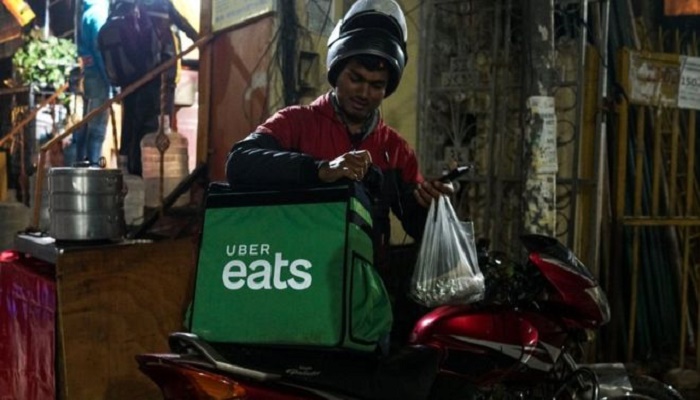 Uber has sold its food delivery service in India to local rival Zomato, the firms have announced.

Uber will get a 9.99% stake in the Indian start-up, helping it maintain its presence in the sector.

All Uber Eats customers in India will now be redirected to Zomato.

The deal is likely to give Zomato an edge over its rival Swiggy in a fast-growing but fiercely-contested sector.

Zomato operates in more than 500 cities in India.

Uber Eats launched in India in 2017 with a promise to revolutionise the sector. The San Francisco-based company has since been trying to increase its customer base, but faced a tough competition from Zomato and Swiggy.

Uber said India would continue to be its priority.