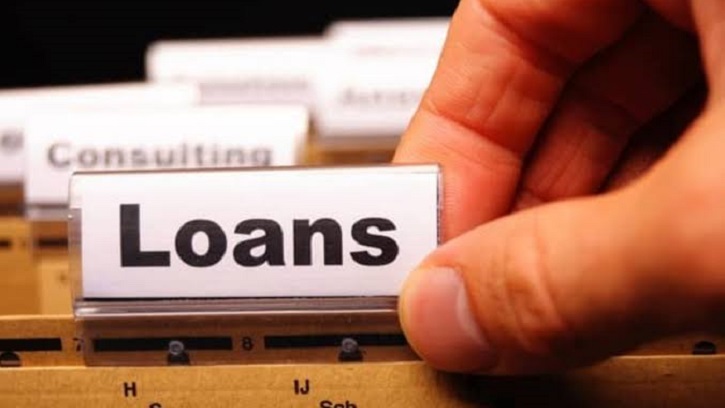 The title of the writing sounds likes “Cutting the head to cure headache.” But, it is very true that the disease of loan default is embedded in the loan itself. If you stop giving loan, loan default will be stopped instantly. But, it is not possible to stop lending for a bank or any financial institution. So, the best way to control loan default is to control the loan. Control of loan does not mean shrinking the loan disbursement, rather it means giving loans to the right person for the real purpose with proper assessment after taking adequate security acceptable to the bank which ensure regular repayment of loans.

Recently, the banking industry is passing a very unrest situation. Loan default, higher lending rate, unstable deposit rate, liquidity crisis et cetera are the main tensions for the banking sector. All the problems are circled by one problem i.e. loan default. According to statistics, presently more than Taka one lakh crore is the classified loan in the banking sector. But, some statistics revealed that the figure is around three lakh crore. Whatever be the figure of classifications, this is not pleasant for our economy, but alarming for our sustainable development. So, anyhow we have to get ride of the curse and must keep the classification at a tolerant level. That’s why, control of loans is inevitable. At the same time, updating relevant laws is also an important issue to keep control of loan default.

A bank’s existing policies for assessment of borrower, assessment of need for money, assessment of projects where money is needed, assessment of securities as well as monitoring the loans are sufficient and well established to keep control of the loans. But, having such sufficient policies, why don’t we can control the loan classifications/ loan defaults? In some cases, it is found that bankers had to compromise with the policies while giving loan, failed to work with professionalism for influences that might be unavoidable in practical sense. In most such cases bankers (especially who works at Branch level) do that are beyond their intension for which they are repentance, but it causes the classification of loan after certain period of time. To control the problems, all the approval authorities of loan from the apex body to the lower level must remain responsible equally. Assigning the accountability in all approval level must be in written and clearly depicts. If this can be implemented in true sense, transparency in approval of loan will come up and no bad loan proposal or loan proposal under influence will be approved. Sometimes, due to rivalry among the banks, banker often bid a prospective borrower with a higher limit than other bank which is more than his actual requirement. This practice may tend a loan to become classification. Even sometimes, for procuring (takeover) an existing good borrower of other bank, bank offers more loans that he is availing of though the borrower does not need additional loan at that time and in greed, most of the time borrower switches one bank to other bank and bank takeover the liability of a borrower from other bank. It is also found that loan those are taken over from other banks are most likely to be classified. So, a guideline should be introduced for the loan taken over from one bank to other bank to control the classification.

It has been seen that a bank is mainly affected by big volume of loans when it becomes classified or defaulted and recent past experience reveals that a bank is mainly injured by such kinds of loans. In most of the banks, many top borrowers liabilities become classified or defaulted. To overcome from this problem, banks can increase practicing syndicate loans for big volume loans. That means, giving loans by several banks to a single borrower. It is proved that syndicate loans are less tends to become classified. This is due to involvement of different banks, loan approval to recovery, all are monitored and scrutinized cautiously. Now as per existing rule, a bank can lend the highest 35% of its paid up capital as loan (out of which 15% is funded and rest is non-funded loan) to a single borrower. This is called single borrower exposure. In case of export finance, the limit is 50%. For example, suppose a bank’s total paid up capital is Tk 2000 crore. Then it can give Tk 700 crore to a single borrower and if such a loan becomes classified or defaulted then it will be hard for the bank to makeup such loss. If Tk700 crore is given by 7 different banks jointly under syndicate finance, then a bank has to take risk of Tk100 crore which is less risky than single borrower exposure. As we have around 60 banks in the country, the central bank can reduce the single borrower exposure limit to a significant level and ask the bank to practice syndicate loan for loan in large size which ultimately reduces the risk for the bank. Such type of loan also creates transparency in banking sector. These are different loopholes in loans where I think needs to update and needs to control for reducing the loan defaults.

Now, we will discuss about present conditions of the main laws for recovery of defaulted loans and how it can be updated/ modified to make it effective. When a loan becomes classified/ defaults, a bank tries to recover the loan or regularize the loan by its professional ways, but when failed, after a certain period of time, the bank takes help of court through legal ways. There exists a separate civil law named Artha Rin Adalat Ain, 2003 and there exists a separate civil court named Artha Rin Adalat in almost every district to resolve the loan default cases of the banks and financial institutions. As per the law, the suit filed under the law must be resolved by a maximum of 90 days by the Artha Rin court. But due to different limitations of laws and limitations of number of court in accordance with the number of suit, it is also seen that cases may linger for couples of years for resolving. The borrower has the provision to writ in the High Court/ Supreme Court for different aggrieved issues of Artha Rin Adalat. Having no separate bench in the High Court as well as pressure of suits, sometimes cases remain pending at the High Court for a long time. This is how, loan default cases remain pending in court and banks are failing to recover their money in the shortest possible time. But, now it is a demand of time that court cases must be accelerated and laws relating to it must be updated. As banks’ complaints regarding a default loan in the court are genuine and based on proper documents, so unlike civil cases, a jury board consisting of renowned senior banker, judges, senior lawyer, central bank high officials as well as representatives of the chamber of commerce may be formed, who will scrutinize the papers of the bank as well as the written statement of the borrower and documents submitted against the bank’s plaintiffs. After scrutiny the jury board may recommend and give a verdict. As the Artha Rin suits are filed completely based on paper/ documents, I think like other civil cases, the verbal witness of plaintiff and defendant/ cross examination etc. are immaterial. No bank files suit against a borrower falsely. So, it is very important to resolve the cases in a legal way with a reasonable time period. Because, there is legal maxim, “Justice delayed is justice denied.” The punishment against the loan default must be maximize and be effective. Another issue that is very important, but ignored. Sometimes, the borrower diverts their borrowing money to elsewhere. Fund diversion means loan taken for one purpose and used in another purpose. This is one of the main causes for loan default. But, there is no punishment for the borrower. Rather, a banker sometimes faces problems and is punished by the controlling authority for such activities done by the borrower. But, actually, in most times fund diversion is done without the knowledge of the banker. If such diversion of fund is treated as a crime and the person involved with such activities directly, can be punished by laws. If we can update and implement the laws properly without any biasness, I think loan default may be reduced to significant levels.

The writer is a banker who works at National Bank Ltd., CDA Avenue Branch, Chattogram.