Yemen war: Death toll in attack on military base rises to 111 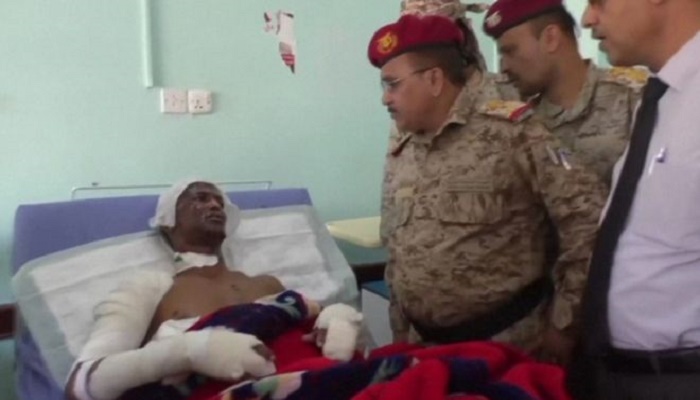 The death toll from Saturday's missile attack on a military training camp in Yemen has risen to at least 111, the country's government has said.

The missile struck a mosque at the al-Estiqbal camp in Marib where soldiers had gathered for evening prayers.

The al-Estiqbal camp, which is 170km (105 miles) east of the rebel-held capital Sanaa.

The government blamed the rebel Houthi movement, but it did not immediately confirm it had launched the missile.

It was one of the bloodiest single attacks since the conflict in Yemen escalated five years ago.

The fighting between the Houthis and forces loyal to the government, which is backed by a Saudi-led coalition, has devastated the country, killed an estimated 100,000 people, and triggered the world's worst humanitarian crisis.

More than 11 million people face a daily struggle to find enough food, and 240,000 people live in famine-like conditions, according to the World Food Programme.