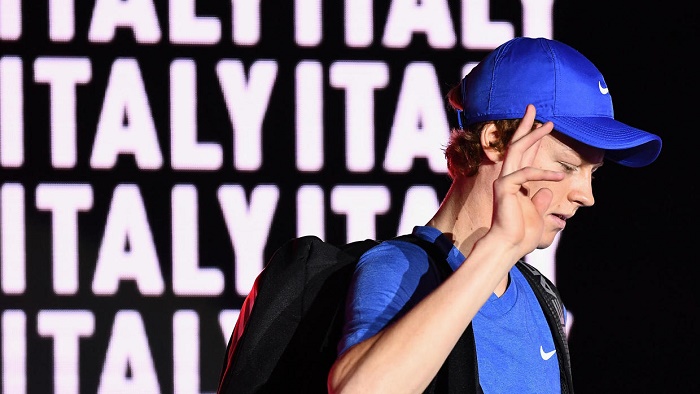 The win reinforced Sinner’s credentials after he won the Next Gen ATP Finals in Milan last November — a tournament that features the eight best men’s players aged 21 or under.

His progress has caught the eye of 20-time Grand Slam champion Federer, who said: “I think we’ll see so much more from him. He’s an exciting guy and super-sweet kid, which I always love to see.”

Sinner, the youngest player in the year-end top 80 last year since a 17-year-old Rafael Nadal in 2003, said he was honoured by Federer’s comments.

“What he said is it’s nice for me. But, you know, we still have to work,” said Sinner, who made his Grand Slam debut at last year’s US Open, losing in the first round to Stan Wawrinka.

Federer played with Sinner in Rome last year and also practised with him after the Laureus sports awards in Monaco, and offered some insights on Monday.

“What I like about him is that he’s almost got the same speed of off-shot on forehand, backhand,” said the Swiss great.

“He has great footwork for a big guy, because we forget how tall he is, as well.

“And then he can play, again, like most of the best movers in the game right now, he can also play open stance and closed stance, which I think is a huge advantage for movement for the future.”

Sinner, who is coached by Riccardo Piatti, who has previously worked with Novak Djokovic, Ivan Ljubicic, and Milos Raonic, welcomed Federer’s praise but said he was still improving.

“Because I’m young, forehand and backhand are quite solid. The shot is getting better and better, which is our goal,” he said.

“And of course there will be matches where maybe you cannot feel the shot so you have to maybe slow down a little bit, trying to find another solution. You cannot play the whole match with the same speed.

The 82nd-ranked Sinner next faces Hungarian Marton Fucsovics, who upset Canadian world number 13 Denis Shapovalov in the first round.