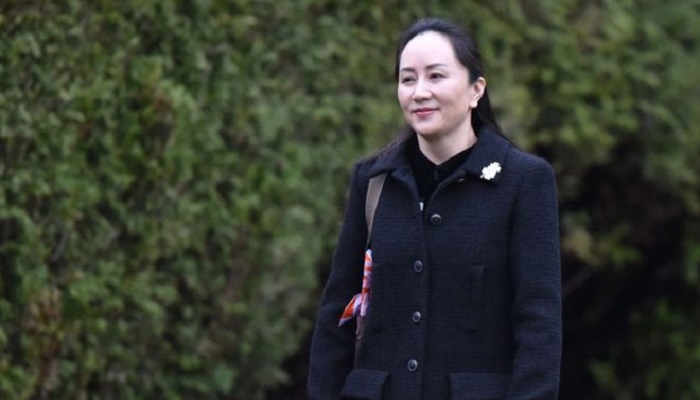 A Canadian court has begun hearing the case of a senior Huawei executive fighting extradition to the United States.

Meng Wanzhou, 47, made no comment as she arrived at a Vancouver courthouse on Monday for a scheduled hearing.

The US wants Ms Meng to stand trial on charges including fraud linked to the alleged violation of US sanctions against Iran.

Ms Meng, who was arrested in late 2018 in Canada, denies any wrongdoing.

The case involving Huawei's chief financial officer is being closely watched in Canada, the US and China.

Her arrest has created a rift between China and Canada. On Monday, Beijing repeated its calls for Canada to release Ms Meng.

This first phase of hearings is scheduled to run from 20-24 January in the British Columbia supreme court in Vancouver.

Ms Meng is the chief financial officer of the Chinese telecom giant Huawei and daughter of its founder Ren Zhengfei.

She has been out on bail but under house arrest in Vancouver, where she owns property.

Not long after her arrest, China detained two Canadian nationals - Michael Kovrig, a former diplomat, and Michael Spavor, a businessman - and has accused the pair of espionage.