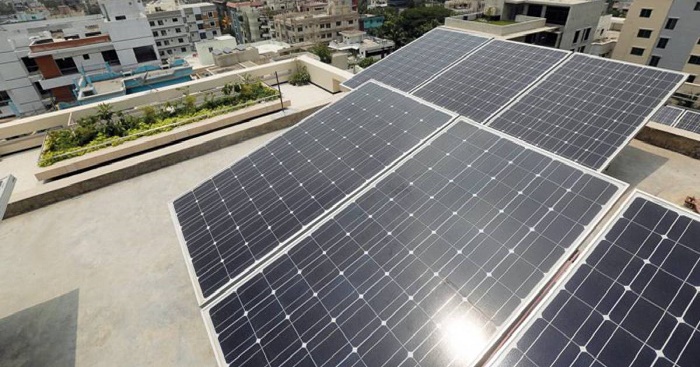 The government has initiated a move to purchase electricity from solar mini-grid power projects to save investors from financial losses they have been suffering for the expansion of the national grid in off-grid project areas.

According to official sources, the Power Division has recently made a decision in this regard and sent a proposal to the Prime Minister for her approval as she is the minister of the Power and Energy Ministry.

“This is a policy matter which needs approval from the Prime Minister as she is the in-charge of the Power and Energy Ministry,” Mohammad Alauddin, additional secretary to the power Division and in-charge of renewable energy, told UNB.

Currently, the solar mini-grids, being set up by private sector investors, are selling electricity directly to consumers at their own rates settled under the Remote Area Power Supply System (RAPSS) where tariff is about Tk 30 per unit.

“But once the government starts purchasing power from mini-grids, the consumers will get electricity at the same rate applicable in the grid areas,” said the Power Division official.

Sources said the solar mini-grid power projects were implemented in the off-grid areas under the RAPSS where private investors install the projects for a period of 20 years with financial support from state-owned Infrastructure Development Company Limited (IDCOL).

IDCOL funded 80 percent in the projects while private investors 20 percent, they said.

During implementation of the projects, there was commitment from the government that the power distribution companies will not reach these areas with their service within the project tenure of 20 years.

But the distribution utilities, especially the Rural Electrification Board (REB), expanded their power supply to those areas amid political pressure from local MPs, said the sources.

“If the Power Division’s decision is implemented, it’ll help save the investment of both the private investors and IDCOL,” said Enamul Karim Pavel, head of renewable energy of IDCOL.

Official sources said 26 solar mini-grids have so far been set up in different areas and their total general capacity is about 5 MW.

If the government utilities purchase electricity from these mini-grids, it will require about Tk 19 crore to pay the mini-grid sponsors, they added.