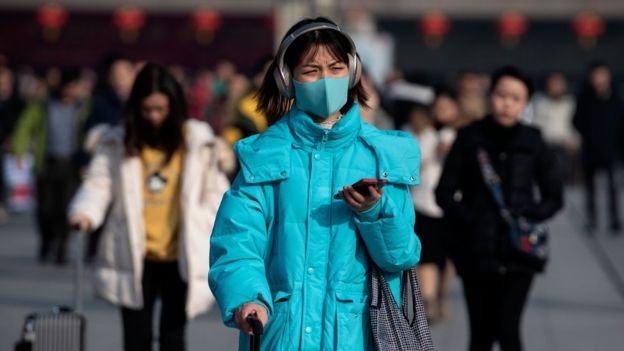 Bangladesh airports are put on alert as a mysterious respiratory virus that has killed at least three people and sickened more than 200 in China can be transmitted between humans.

The Institute of Epidemiology, Disease Control and Research (IEDCR) in Dhaka has in a letter directed the Civil Aviation Authority of Bangladesh to act against the possible risk related to the Chinese virus, Meerjady Sabrina Flora, a director at the institute, informed media on Monday.

The government’s disease wing has also organised training workshop for health workers at the airports to detect patients with symptoms of coronavirus infection.

“We are closely monitoring the matter and we are alert and prepared,” she said.

The measures to prevent a possible spread of the virus include screening travellers from China by using thermal scanner to detect fever, Flora said.

According to media report, those who are coming from China will be given health cards and asked to maintain contact with the IEDCR if they have fever within 14 days from arrival.

The IEDCR has also alerted the three airlines that run direct flights from China. Those carrying passengers from China via other countries have also been contacted, Flora mentioned.

According to CNN report, a Chinese government-appointed expert has said fueling fears about the possibility of a deadly epidemic as millions prepare to travel for the Lunar New Year holiday.

Zhong Nanshan, head of the team set up by China's National Health Commission to investigate the pneumonia-like virus, confirmed that at least two cases had been spread from person to person and medical staff had also been infected.

Authorities had previously said that the new strain of coronavirus, which was traced by health officials to a seafood market in the central Chinese city of Wuhan, was primarily passed from animals to humans.

But at least two people have become infected in recent days, despite living hundreds of miles from Wuhan.

"The current cases show there is definitely human-to-human transmission," Zhong told Chinese state-run CCTV, explaining that two people in China's Guangdong province were infected by a family member who had recently returned from Wuhan.

Zhong, who helped discover the severe acute respiratory syndrome-related coronavirus (SARS) in 2003, said the infectiousness of this virus was not as strong as SARS, but that the disease was "climbing" and suggested that the "death rate at the moment is not so representative."

Earlier on Monday, Chinese authorities reported that the number of cases had tripled over the weekend to 218. The outbreak has spread to Beijing, Shanghai and Shenzen, hundreds of miles from Wuhan, where the virus first surfaced last month.

Thailand has also reported two cases, while Japan and South Korea reported one each, taking the global total to 222.