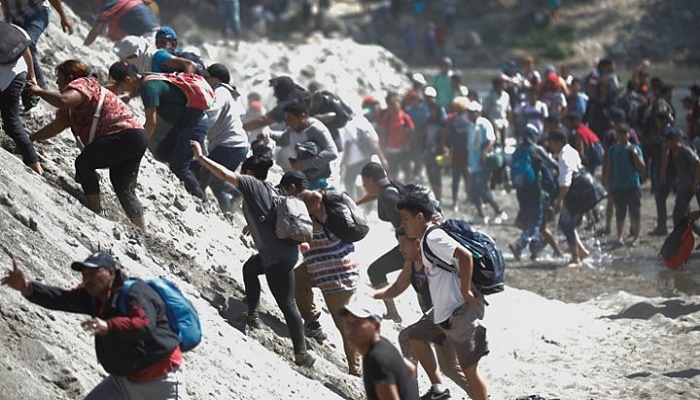 Hundreds of migrants have waded into a river on the southern Mexico border since Wednesday as they try to reach the United States.

The migrants, mainly from Honduras, took to the water after being refused permission to cross a bridge over the Suchiate river.

Mexico has cut off migration routes to the US under pressure from US President Donald Trump.

The migrants were camped out in the Guatemalan town of Tecun Uman, across the border from Mexico's Ciudad Hidalgo.

Eight representatives of the migrants were allowed into Mexico for talks with the authorities and to pass a letter on to President Andres Manuel Lopez Obrador.

They are urging him to let them pass and promise to respect the law.

Those crossing the river are part of a 2,000 to 3,500-strong group dubbed "2020 Caravan", evoking previous attempts to cross Mexico en masse to reach the US border.