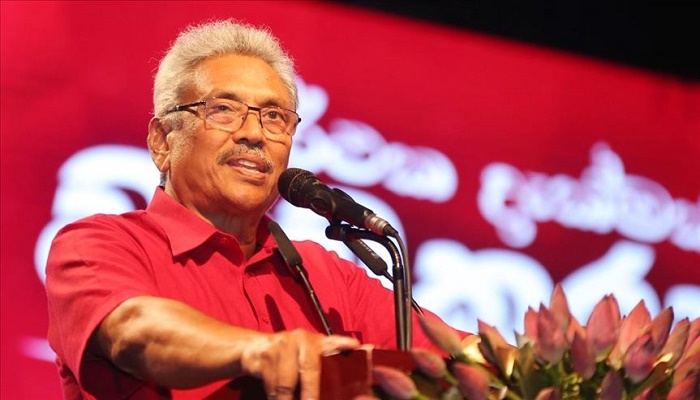 Sri Lanka's president has acknowledged for the first time that more than 20,000 people who disappeared during the country's civil war are dead.

Gotabaya Rajapaksa made the remark in a meeting with a UN envoy in the capital, Colombo.

Steps would be taken to issue death certificates for those missing, a statement from his office said.

Hundreds of families of the missing have been attending rallies demanding to know where their loved ones are.

Many have held out hope that their relatives were still alive and in the hands of the security forces, a view rejected by the government.

The Sri Lankan army defeated Tamil Tiger rebels in May 2009 after 26 years of bloody conflict.

President Rajapaksa was Sri Lanka's defence secretary at the time and played a leading role in crushing the rebels. He is hailed as a hero by many in the Sinhalese population but deeply distrusted by the Tamil community.

The UN and other rights groups have pressed the Sri Lankan government to establish a war crimes tribunal to investigate allegations of human rights abuses - both by the military and the Tamil rebels.