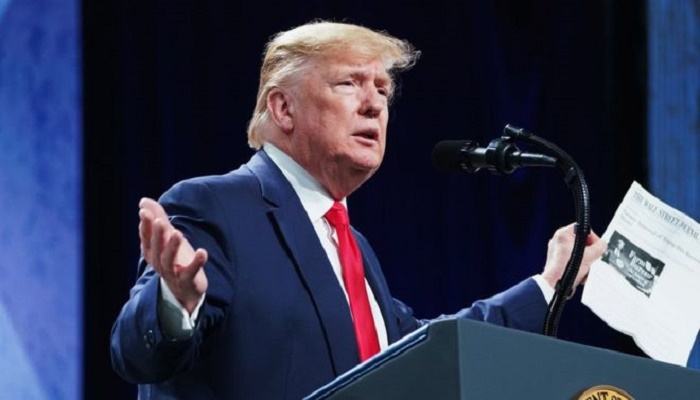 US President Donald Trump's Impeachment hearings will begin on Tuesday at 13:00 (18:00 GMT).

Trump's legal team, representing him at his impeachment trial, has demanded that he is immediately acquitted by the Senate.

In a brief submitted on Monday, they called the impeachment "a dangerous perversion" of the constitution.

Meanwhile House impeachment managers submitted their own brief, saying Trump engaged in "corrupt conduct... to cheat in the next election".

Trump is charged with abusing his presidential power by asking Ukraine to investigate Democratic political rival Joe Biden - and of obstructing Congress as it looked into his conduct.

During the course of the trial, Senators will hear arguments for six hours a day, six days a week. It will be presided over by the US chief justice, John Roberts.

It is only the third time in US history that a president is facing an impeachment trial.