Government has no dispute with Prothom Alo: Quader 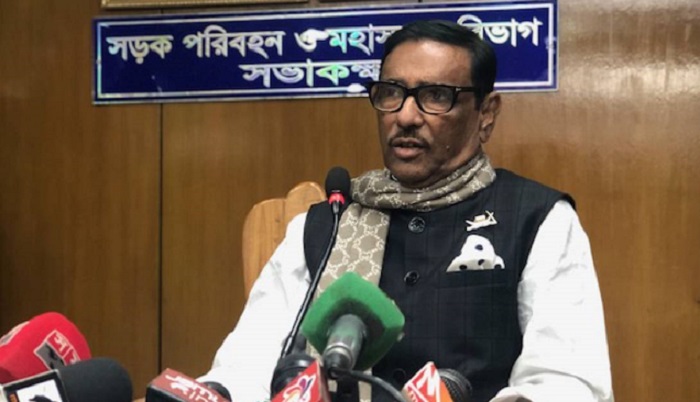 Road Transport and Bridges Minister Obaidul Quader on Monday said there is no dispute between the government and Prothom Alo.

“A case was filed after an incident… court issued warrant against the editor and it granted bail. It’s totally under the court’s jurisdiction. The government has no dispute with Prothom Alo,” he said.

He made the remarks at the Secretariat when asked about the government’s stance over the court’s warrant against the Prothom Alo editor.

Besides, the court asked the editor to surrender before a subordinate court after four weeks.

Replying to another question over BNP’s complaint over polls to the two Dhaka city corporations, Quader said, “BNP is now doing politics of complaint after their failure in politics on the street. City polls on February 1 will decide the position of Awami League and BNP.”