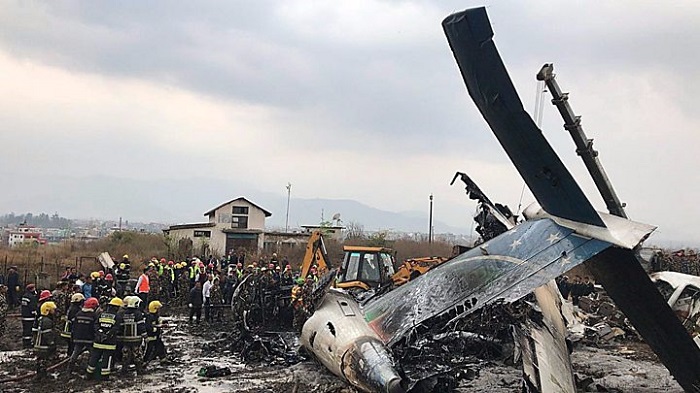 The cabinet on Monday gave final approval to a draft law on air transportation, proposing an enhanced compensation of Taka 1.17crore for every casualty in any air crash, while the previous amount was Taka 20, 37, 600.

Cabinet Secretary Khandker Anwarul Islam told this at a press briefing at the Bangladesh Secretariat after the meeting at the PMO.

He added that the amount was meant for individual victims of any air crash, dead or wounded, while the law was drafted in line with The 1999 Montreal Convention on air transportation, which Bangladesh endorsed in the same year.

Anwarul said the law sought to combine existing three laws on air transportation which would be scrapped once The Air Transport (The Montreal Convention, 1999) Act, 2020 was passed in parliament.

Officials familiar with the drafting process said the victims of a recent crash of a Bangladeshi private airline craft got Taka 20, 37, 600, which appeared minimal, prompting authorities to re-fix the compensation amount under the proposed law.

The cabinet secretary said that the law also proposed payment of US$ 5,734 to every passenger by every flight carrier company for flight delays, while the amount previously was only $20.

He said the proposed law would simultaneously obligate flight carriers to compensate enhanced amount of money for missing or damaged passenger luggage and cargo.

Anwarul said the proposed amount is $1381 and $24 respectively for per kilogramme of damaged or lost baggage and cargo while the amounts were $20 for both the cases.

He said the law will be applicable for both domestic and international air transportation but a new rule would be required to enforce it for air carriers in local routes.

The proposed law would allow one travel agent to transfer his or her ownership under some specific conditions, open branch offices and renew licenses even after expiry of deadlines.

Iodised Salt Act, 2020 and Chattogram Port Authority Act, 2020 were two other proposed laws to get the cabinet nod while Anwarul, however, detailed only the objective of the salt law saying, it aimed to ensure proportionate mixture of iodine in salts.

He said the law suggested establishment of a salt research institute among other things.

On the Chattogram Port Authority Act, Anwarul just said it would make the existing law “time-befitting”.

Anwarul said the cabinet was informed that 73 of the 97 decisions were implemented by now in the fourth quarter from October to December 2019.