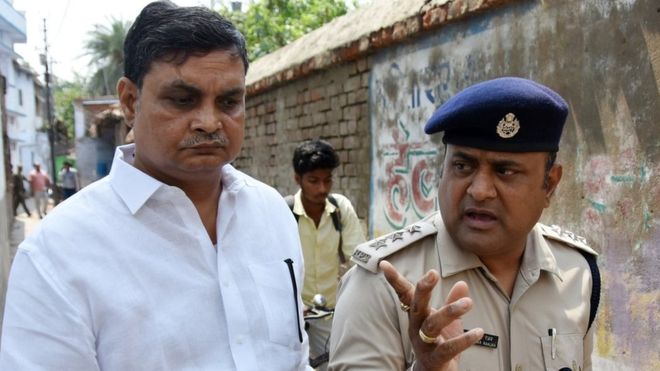 An Indian court has convicted 19 people for sexually and physically assaulting vulnerable girls from a shelter home in the eastern state of Bihar.

Brajesh Thakur, who owned the shelter home in Muzaffarpur, is one of those convicted in the case, which came to light in 2018, horrifying the nation.

The shelter housed more than 40 girls and several of them reported undergoing sexual and physical assault.

Police had charged 20 people in the case. One was acquitted.

In its verdict on Monday, the court said the 19 people found guilty would be sentenced on 28 January.

Thakur, the main accused in the case, was charged with rape. Police also brought charges of criminal conspiracy and neglect of duty against the accused.

The incident was first reported in 2018, after the Tata Institute of Social Sciences (TISS) submitted a report to the Bihar government, detailing the abuse.

Eight researchers from the Mumbai-based institution had spent six months in 38 districts, visiting 110 shelter homes, the majority - 71 - of them housing children.

The confidential report, parts of which the BBC saw, said the conditions at the Muzaffarpur home were "deplorable" and that it was being run in a "highly questionable manner".

A BBC report from 2018 quoting from investigators reports said the girls had alleged that caregivers spiked their food with sleeping pills. Men from outside, mostly helped by Thakur, then snuck into their rooms and raped them, they told investigators.

"We would fall unconscious or sleep off quickly. Next morning, we often woke up half naked, with body ache and pain," one girl told investigators.

"And our aunties (women caregivers) would whisper to each other, 'Look they have finished with her'."

Many of the girls had begun inflicting self-harm, investigators added.

When doctors examined the girls, they found 34 of the 42 underage girls "might have committed sexual intercourse".

The horrific details of the case prompted outrage and nationwide protests against the scandal at the time.