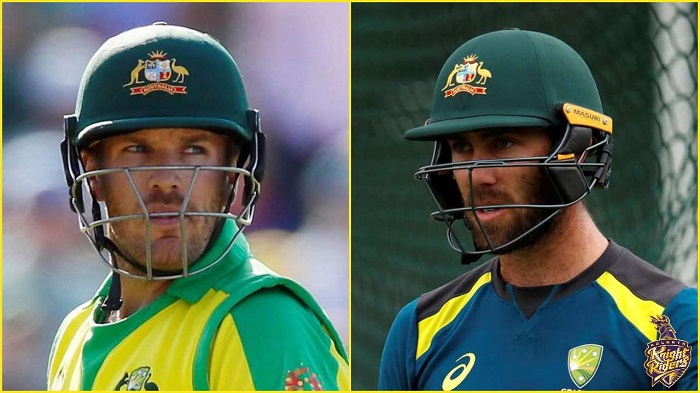 Glenn Maxwell will have to work to get back into Australia's one-day squad despite his brilliant domestic form, said captain Aaron Finch, who rates the all-rounder outside the nation's current top batsmen.

The 31-year-old Maxwell was dropped from Australia's ODI tour of India after taking a break to focus on his mental health, one of eight players axed from the squad that lost the World Cup semi-final to England last year.

"Outside the top seven at the moment," Finch said when asked to rate Maxwell after his Australia's 2-1 series defeat to India in Bangalore on Sunday.

But Finch said the big-hitting batsman, who has scored 341 runs at an amazing average of 68.20 for the Melbourne Stars in this season's Twenty20 Big Bash League, could still earn a recall.

"Anyone can," said Finch. "It's about form, picking players for the right role. I think it's just going to come down to whichever way you want to match up, specific roles for specific players."

India captain Virat Kohli was surprised at Maxwell's absence from the Australia team, which he believed would have benefited from his off-spin bowling.

"Honestly I did not look at the (squad) and I asked Aaron that have you got only 14... and asked 'Is Maxwell here?' and they said he is playing the BBL," said Kohli.

"I was a bit surprised that he wasn't here, especially the way he performed last time in the T20 series.

"He got a hundred in the last game and they won the series. So surprised not to see him because he brings the spinning option as well."

Kohli also heaped praise on Australian batsman Marnus Labuschagne, who made an impact in his debut ODI series with scores of 46 and 54 in the second and third match.

"He's a quality player. We were talking outside... he's very sure of what he wants to do," India's captain said.

"Again, body language, intent, he's there, he's running hard between the wickets, he wants the ball (in the field).

"I think he's got the right mindset to be a consistent player, to be a top player in the world for a while."