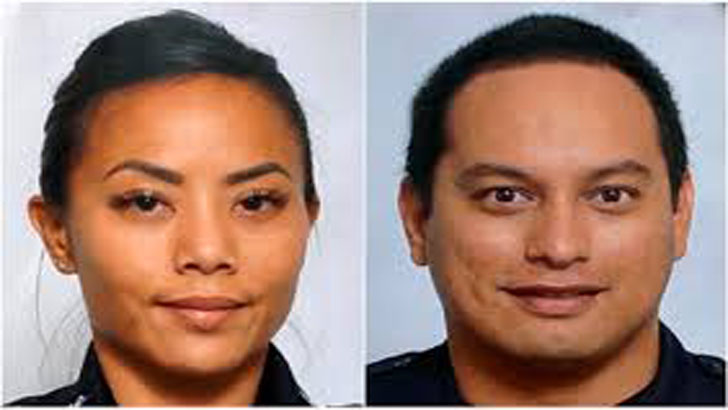 Two police officers were shot and killed by a suspect when they responded to a call for a woman who needed help at a home in Waikiki Sunday, according to Honolulu Police Chief Susan Ballard.

Ballard announced during a press conference Sunday night that the two officers, Tiffany Enriquez and Kaulike Kalama, were shot and killed by suspect Jerry Hanel when they responded to a woman who had been stabbed at a residence around 9 a.m. local time.

The officer to arrive found the victim and, shortly after, two other officers came upon the scene. When all three were walking down the driveway of the home, Hanel allegedly shot at them, Ballard said.

Enriquez, a 7-year veteran with the department, was wounded by the initial gunfire, Ballard said.

Additional officers arrived on scene and Hanel allegedly shot at that group, striking Kalama, a 9-year veteran on the force, according to Ballard.

As more officers were called in, "thick black smoke" began to pour out of the home, Ballard explained.

Although the fire has been completely extinguished, it will take several days to process the scene, which includes removing the remains of three people who are unaccounted for should their bodies be found, Ballard said.

The three people unaccounted for are the suspect and two adult females, according to Ballard.