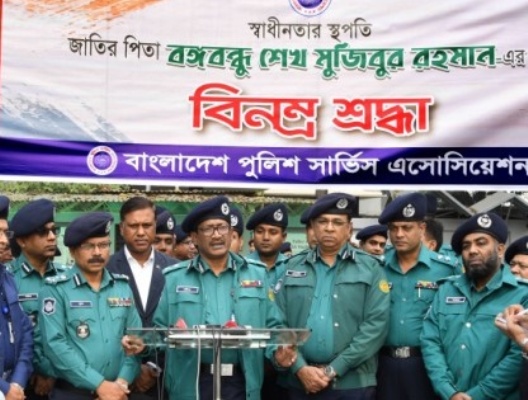 The DMP Commissioner came up with the remarks while talking to reporters after placing wreaths at the portrait of Bangabandhu at Dhanmondi Road No-32 on behalf of the Central Executive Committee of the Police Service Association on Monday.

The DMP Commissioner is the president of the association.

He said the accused who was in Tejgaon police custody died on Sunday. The death was initially reported as a suicide, he said.

“A three-member inquiry committee has been formed over the incident. If anyone is found guilty in the investigation report, action will be taken against him,” the DMP Commissioner added.

On Sunday, Abu Bakkar Siddique, 45, an accused in a case filed under the Digital Security Act, died in the custody of Tejgaon Industrial Area police station.

Police claimed that Abu Bakar committed suicide by hanging himself at the police station. The family, however, claimed that Bakar was tortured to death.

Inspector (investigation) of Tejgaon Industrial Area Police Station Shariful Islam told reporters on Sunday that a woman filed a case with the police station under the Digital Security Act against him.