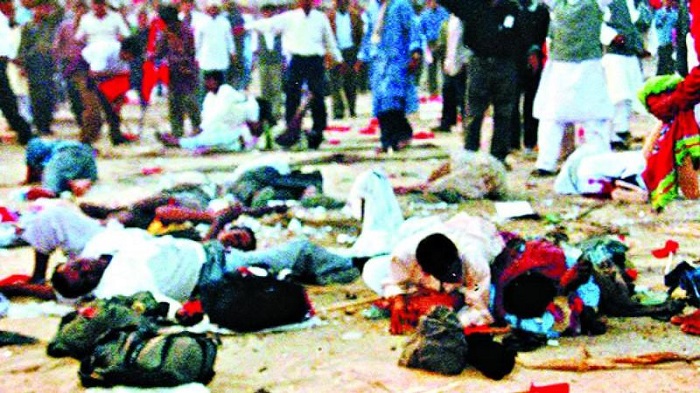 A Dhaka Court on Monday sentenced ten members of the banned militant outfit Harkat-ul-Jihad al-Islami (Huji) to death and acquitted two others in a case filed over the 2001 bomb attack on a CPB political rally at Paltan Maidan in Dhaka.

Judge Md Robiul Alam of the Third Additional Metropolitan Sessions Judge’s Court of Dhaka read out the verdict in the case.

Moin Uddin, Sumon, Sabbir and Shawkat are in police custody while the rest are on the run. The court also fined them Tk 20,000 each.

Besides, the court acquitted Md Mashiur Rahman and Rafikul Islam Miraj. Another accused in the case, Mufti Abdul Hannan, was executed in a separate case.

Argument in the case concluded on December 2. Testimonies of 46 witnesses were recorded.

On January 20, 2001, a powerful bomb was blasted at the Communist Party of Bangladesh’s (CPB) rally at Paltan Maidan in the capital. Five people were killed and 25 other wounded in the horrific bomb attack.

The case was closed in December 2003 as investigations found no evidence against the accused people in the case and later in 2005 the case was reopened.