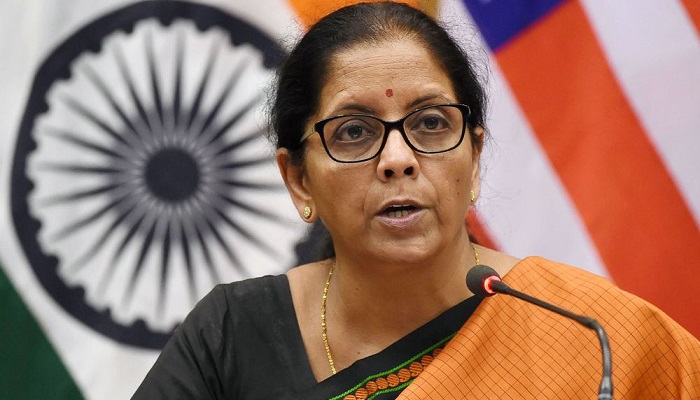 Indian Finance Minister Nirmala Sitharaman cited Adnan Sami’s Indian citizenship and exiled writer Taslima Nasreen, who has been living in Delhi on a residence permit, as another example to debunk the criticism that the amended citizenship law is discriminatory against Muslims, reports Hindustan Times.

The minister reeled off numbers to drive home the point.

“Three hundred and ninety one Afghanistani Muslims and 1595 Pakistani migrants were given citizenship from 2016 to 2018. It was during this period in 2016, that Adnan Sami was given citizenship, it’s an example. Taslima Nasreen is another example. This proves all allegations against us are wrong,” said Sitaraman, who was addressing a CAA event here as part of BJP’s nationwide ‘Jan Jagran Abhiyan’ campaign in support of the act.

Lahore-born Sami had first arrived in India on March 13, 2001 on a visitor’s visa with the validity of one year. His Pakistani passport issued on May 27, 2010 expired on May 26, 2015 and his passport was not renewed by the Pakistan government which led him to approach the Indian government with the request to legalise his stay in India on humanitarian grounds.

Taslima Nasreen, who had to leave Bangladesh in 1994 in the wake of death threat by fundamentalist outfits for her alleged anti-Islamic views, has been living on a residence permit in New Delhi since 2004.

The minister further underlined that the act is an attempt to provide people a better life and that the government will not snatch away anyone’s citizenship.

“People who came from East Pakistan settled at various camps in the country, they’re still there. It’s been 50-60 years now. If you visit these camps, your heart will cry,” said Sitahraman.