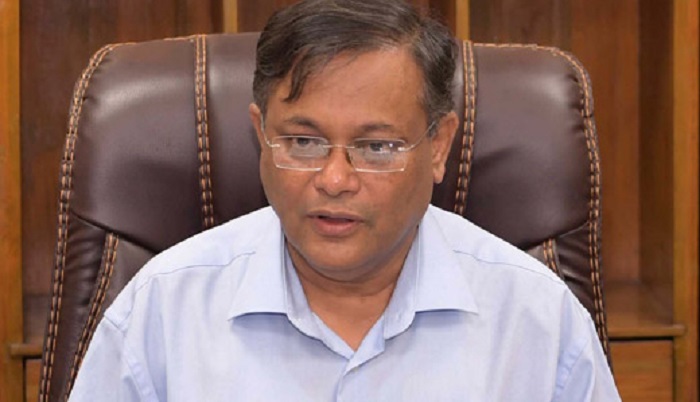 The minister came up with the remarks while responding to reporters at a view exchange meeting on his recent Delhi tour.

The case has been filed against criminal offense and the court issued arrest warrants. The court is independent and it is under their jurisdiction whether it will issue a warrant or not, said Hasan Mahmud.

While responding to reporters being asked about the joint statement of 47 eminent citizens condemning arrest warrant, he said that there is freedom of expression in our country. The statement is not a big thing. There are thousands of eminent citizens across the country, they can give statements anytime, he said.

The minister said that the attempt to conceal the death incident over negligence of duty and burial without a postmortem, these are surely crimes.

“There is an allegation against organisers that they tried to conceal the incident. It is a different thing whether the allegation was right or wrong, but I wish the eminent citizens will issue another joint statement calling to ensure justice against whoever is responsible.”

There is a question among the people about the credibility of Amnesty International, said the minister.

A Dhaka court on Thursday issued a warrant for the arrest of Prothom Alo editor Matiur Rahman, deputy editor Anisul Hoque and seven other people in a case filed over the death of Dhaka Residential Model College student Nayeemul Abrar Rahat from electrocution.

Ninth grader Nayeemul Abrar died after being electrocuted behind the stage at an event organised by Kishor Alo, a publication of Prothom Alo, at Dhaka Residential Model College on November 1.