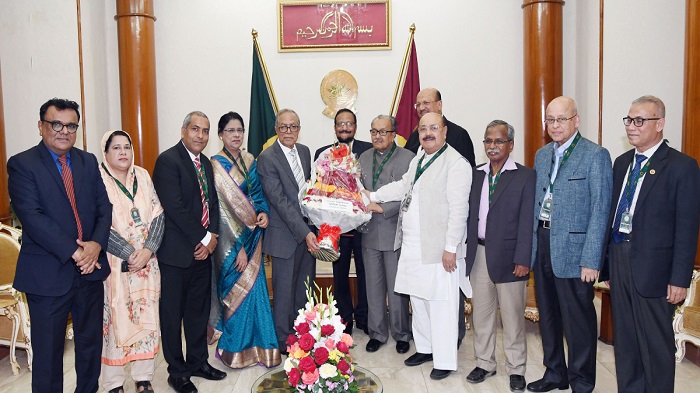 During the meeting, Chairman of the Press Council Justice Mamtaz Uddin Ahmed apprised the President of the overall activities of the Council, Press secretary to the President Joynal Abedin briefed the reporters after the meeting.

The delegation members said that the Press Council has started the work of creating a database of journalists.

On the occasion of Mujib year, the council has also taken initiative to set up Mujib corners at the Press Clubs across the country, they said.

Welcoming the newly formed Press Council, President Abdul Hamid said that the role of the Press Council is very important for the development of  media.

He also hoped that Press Council will work with sincerity for the development of the professional skills and provide legal assistance to journalists.

The President urged the Press Council to play a more robust role in ensuring discipline and professionalism in the media world.

President Abdul Hamid assured them of overall cooperation in the smooth running of the council.