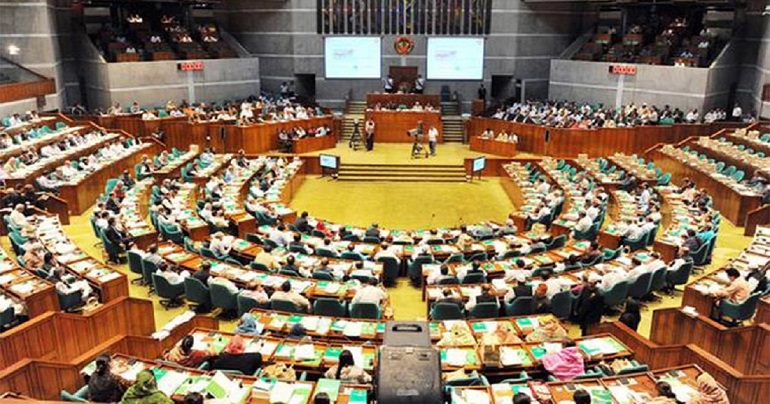 Some 290 government officials are currently serving as officers on special duty (OSD) while 177 officials and employees are working at different ministries and departments on contract basis.

State Minister for Public Administration Farhad Hossain told this in Parliament on Sunday while responding to a tabled question from BNP MP Golam Mohammad Siraj.

He said government officials are made OSD on different grounds that include promotion, taking part in training or higher education, and personal reason.

In reply to a query from Jatiya Party MP Mujibul Haque Chunnu, the state minister said a total of 313,848 posts remain vacant at present under different ministries.

He informed the House that various measures were taken to fill up the vacant posts.

In reply to a query from AL MP Morshed Alam, he told Parliament that the total number of government employees is 12.17 lakh.

While replying to a question from AL MP Rubina Akhtar, Law Minister Anisul Huq said the number of vacant posts of judges in different courts of the country is 158 against 1,697 posts.

He also said necessary measures were taken to fill up the vacant posts at the quickest possible time.

The law minister, in reply to a query from Jatiya Party MP Fakhrul Imam, said it is under the government’s active consideration to formulate attorney service act in a bid to carry out case-related activities of public prosecutors properly.

While replying to a query from AL MP Rubina Akhtar, he said the total number of cases pending with different courts across the country is 3,640,639.

Of the total cases, around 31.27 lakh remained pending with trial courts while around 5.13 lakh with higher courts, Anisul said.

He said the government has taken measures to create a total of 886 posts for judges.

In reply to a question from BNP MP Rumeen Farhana, State Minister for Water Resources Zaheed Farooque informed the House that mutual communication between India and Bangladesh continues for holding the next meeting of the Joint Rivers Commission in a convenient time of both the countries.