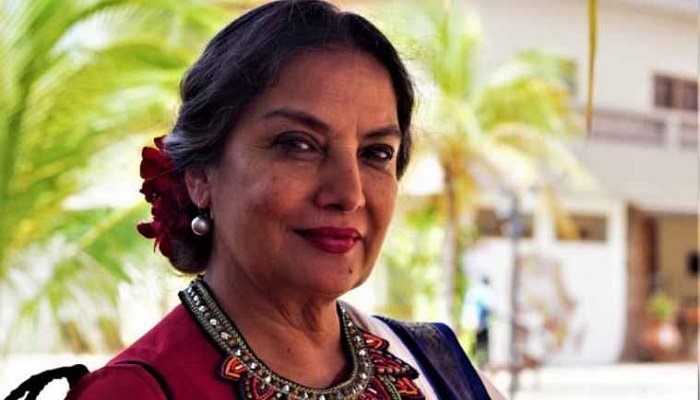 An FIR has been registered against the driver of veteran actor Shabana Azmi who sustained injuries after her car rammed into a truck on the Mumbai-Pune Expressway on Saturday, PTI reported.

In the report, the truck driver has accused Azmi’s driver Amlesh Kamat of rash driving, which resulted in the accident.

The case was registered under sections 279 (Rash driving on public way) and 337 (Causing hurt by act endangering life/personal safety of others) of the Indian Penal Code besides sections of the Motor Vehicles Act.

However, police said that since sections are bailable offenses, the actor’s driver will not be arrested and will be issued a notice instead.

The actor’s car will be sent for an inspection to RTO (regional transport office) to ascertain if there was any fault in the vehicle or if the mishap took place after the driver lost control, Paraskar added.

Azmi was returning to Mumbai from Pune in a Tata Safari car when her driver overtook the vehicle ahead of him from the left-most lane and crashed into a truck.

Azmi, who was bleeding from the head and face, was rushed to MGM Medical College at Kamothe in Navi Mumbai by other motorists, said Inspector Vishwajeet Kaigade of Khalapur police station.